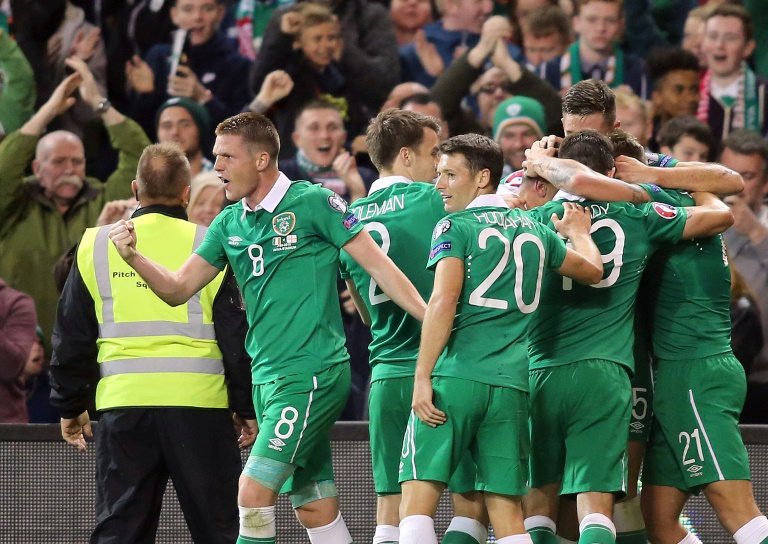 Martin O’Neill has challenged his Republic of Ireland side to carry on from where they left off in their 1-1 first leg draw away to Bosnia when they complete the Euro 2016 qualifying tie in Dublin on Monday.

O’Neill’s men travelled to Zenica, two hours north of Sarajevo, on Friday to the intimidating Bilina Polje stadium, where Euro qualifiers Wales were beaten 2-0 in a recent clash.

Shorn of a host of experienced stars like Shay Given, John O’Shea, Jon Walters and Shane Long, and with a handful of players one booking away from suspension, the Irish were more hopeful than expectant.

But Robbie Brady’s 81st-minute strike, combined with some determined defending, saw them return to Dublin’s Lansdowne Road with a vital away goal, although there was still time on Friday for Bosnia’s Edin Dzeko to equalise.

With O’Shea, Walters and possibly Long available on Monday, Republic manager O’Neill was in high spirits.

“Everybody walked off the field (fit) and in terms of other players like Glenn Whelan, Seamus Coleman, Marc Wilson…all those people (avoided bookings), so in that sense itâ€™s really good news,” O’Neill said.

“We have a number of people to choose from including Jon Walters and hopefully John Oâ€™Shea,” the former Northern Ireland midfielder added.

“I need to see Shane, but all his messages for me the whole time have been ‘donâ€™t exclude me at this minute’ and I wouldnâ€™t do.

“I’ll wait until the last possible moment because he’s come up with some big things for us. Iâ€™d say I’ll wait until about a minute and a half to kick off!” joked O’Neill.

The former Celtic boss again insisted he had no thought of telling the Republic to play for a goalless draw on Monday and so go through to next year’s finals in France on the away goals rule.

“I didn’t say that in the dressing room and I havenâ€™t felt that way,” he said. “I think the message for us is â€˜we got to try and win the game’.

“We will have that attitude, that’s been our attitude at home in every single game that we play.

“Our attitude has been very, very positive at home and Bosnia are capable of scoring. That puts it back into the melting pot.â€

Bosnia goalkeeper Asmir Begovic accepted his side would need to offer more in attack after rarely threatening Republic counterpart Darren Randolph on Friday.

“Ireland are a hard working side and they have some skill as well so they didn’t surprise me,” said the Chelsea star.

“We need to work on that, analyse it and see if we can break them down on Monday.

“Our late goal was good for our confidence and we have the players to go through as long as we play smart, it sets it up for a good second leg.

“We had decent possession but we just couldn’t get it going, we couldnâ€™t see much of the opposing half in the second half.

“We controlled the game which was pleasing and hopefully we can pick it up for Monday.”