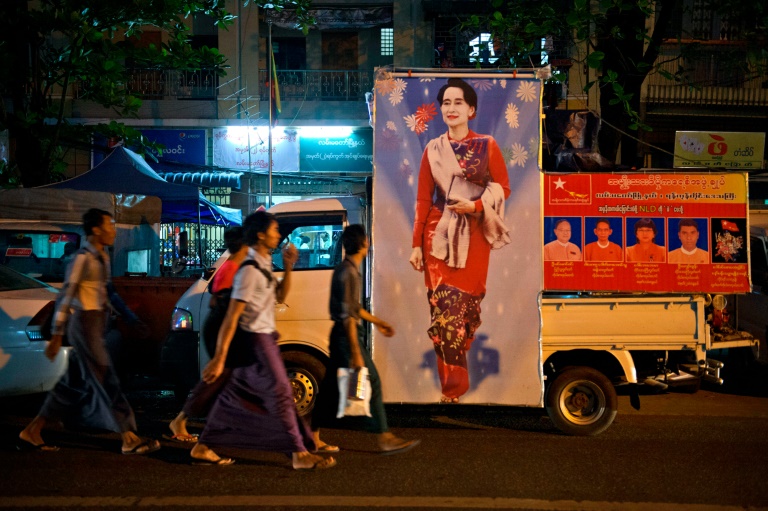 Myanmar’s President Thein Sein on Sunday said historic polls won in a thumping landslide by Aung San Suu Kyi’s party were the consequence of his government’s reforms and vowed a smooth transition of power.

The former junta general, who shed his uniform to lead the country’s quasi-civilian regime five years ago, said the November 8 polls were testament to the political and economic changes that have swept the former pariah state since the end of junta rule.

“The election is the result of our reform process and as we promised, we were able to hold it very successfully,” he told a meeting of political parties in Yangon, in his first public appearance since the polls.

“We will hand this process (of reform) on to a new government,” he said, adding “don’t worry about the transition” in comments aimed at calming nerves in the country’s first attempt at a democratic-style transition for decades.

Addressing representatives of nearly 90 political parties, many of which were trounced by Suu Kyi’s National League for Democracy, the Myanmar leader said elections are the “duty” of a democratic nation.

He appeared sanguine about the resounding defeat of his army-backed Union Solidarity and Development Party, which will slip into opposition in the next parliament — due to sit from February — with some ten percent of the elected seats in the national parliament, compared to the NLD’s 80 percent.

“The winning party is responsible for carrying out its duty and other opposition parties should provide checks and balances. That is called democracy,” he said.

On Sunday he said international praise for the elections suggested they were “free and fair”.

Both the president and army chief have agreed to talks with Suu Kyi in the coming days as the country’s political big-hitters look to negotiate a long transition which will see Thein Sein retain his position until March.

Observers say it is imperative that Suu Kyi build friendly ties with the military elite, which retains significant political and economic power.

Suu Kyi has already travelled to the capital Naypyidaw, where on Monday she will attend a last session of the old parliament, which will continue sitting as a caretaker legislature until January.