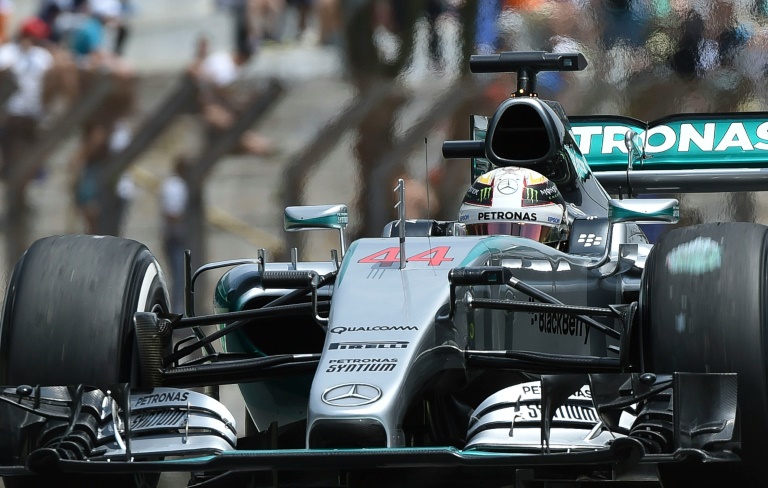 Newly-crowned triple world champion Lewis Hamilton shrugged off his apparent drop in qualifying form as nothing to worry about on Saturday after his Mercedes team-mate Nico Rosberg outpaced him to pole for the fifth race in a row.

“No, I’m not worried and it’s not the most important thing,” he told a news conference. “I want to win the race, if I can.”

He told reporters that he had no reason to worry about his recent results as he remains frustrated in pursuit of his 50th career pole â€“- a goal that Rosberg has kept out of his reach since September.

On Saturday, he was faster than Hamilton by 0.078 seconds.

Hamilton added that he had already won the two main prizes for the season -â€“ the driversâ€™ championship and the trophy for claiming the most pole positions.

He secured the FIA Pole Trophy when he took pole at the Belgian Grand Prix, his 11th in 12 races, and the world title when he won last monthâ€™s United States Grand Prix with three races to spare.

Asked if anything should be read into his slide in form, he said: â€œNo, not really.

“I’ve had the most poles of the year and I’ve won the world championship, so there’s nothing to read into it. You don’t always get it right, you can’t get it perfect every time.”

He will try to win the Brazilian Grand Prix for the first time in nine attempts on Sunday, a triumph he wants to use to honour childhood hero Ayrton Senna.

He added: â€œMy main job is done this year so it’s not the most important thing anymore.

“Iâ€™m here because I want to win. I had a strong race last year and I hope to carry that into the race tomorrow and try to go one better.”

Hamilton made clear also that his recent “difficult week” in which he was involved in a road crash and suffered a brief fever had played no part in this weekendâ€™s action.