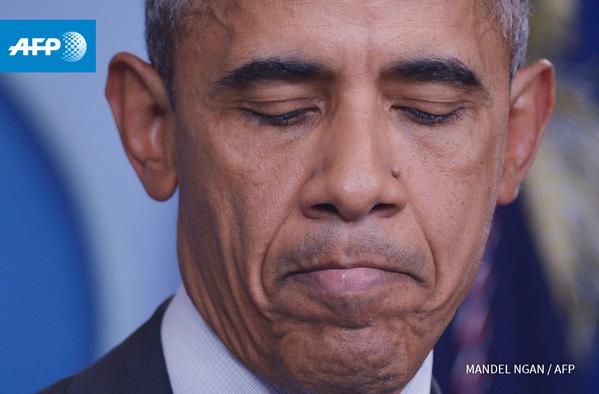 Expressing solidarity with France and condemning the deadly 13/11 carnage, US President Barack Obama said the attack was directed specifically towards the civilised world, and assured his full support in hunting down the perpetrators of the attack.

“The skies have been darkened by the horrific attacks that took place in Paris just a day and a half ago. We stand in solidarity with France as this is an attack on the civilised world,” Obama said after holding bilateral talks with his Turkish counterpart Recep Tayyip Erdogan at the G20 Summit.

Strengthening his stand against terrorism, the President added that the killing of innocent people was based on ‘twisted ideologies’ and that America stands shoulder to shoulder with displaced people in need of assistance.

Obama arrived in Turkey today for the G20 Summit amid an urgent global call to confront terrorism in the wake of the Paris serial attacks.

Earlier, the President had called the attack on the French capital as an ‘attack on all of humanity’ and swore his full assistance in bringing the terrorists to justice.

Prime Minister Narendra Modi who is also here for the BRICS Summit, addressed the meeting condemning the Paris carnage and asserted that the need for a united global effort to combat terrorism is of utmost importance at the moment.

“We stand united in strongly condemning the dreadful acts of terrorism in Paris. We express our deepest sympathy and support to Russia for the loss of life in Sinai. Ankara and Beirut are also reminders of terror’s growing spread and impact,” he said.

Giving the theme for the Eighth BRICS Summit that is going to be held in India next year, Prime Minister Modi said that the nation attaches the highest importance to BRICS.

“We are honoured to assume the chairmanship of BRICS from 1st February, 2016 and build on the great work done by other members. The theme of India’s BRICS Chairmanship will be ‘Building Responsive, Inclusive and Collective Solutions’ which, in short, will be ‘BRICS’. It aptly describes the ethos of our group,” he said.

The Turkish resort of Antalya has virtually been converted into a fortress, with thousands of security personnel deployed and high-tech surveillance systems dotting every nook and corner to ensure that leaders of the world’s 20 top economies, come to no harm from extremist groups over the next two days.

Over 12,000 security personnel have reportedly been deployed, and additionally, drone detection equipment, 350 mobile cameras with licence-plate recording and face-recognition systems have been placed at key points to prevent another audacious terror attack.

Earlier today, reports emerged that an ISIS jihadist had blown himself up near the venue of the summit, injuring four policemen, and the local media reported that Turkish soldiers had killed four ISIS terrorists yesterday after they came under fire from the militants along Turkey’s Syria border.

After French President Francois Hollande accused the ISIS of waging an ‘act of war’, the terror outfit came out and issued a warning saying the Paris attack was just the ‘first of the storm’ that was heading towards France.

In an attack that is being touted as the deadliest of its kind that France has faced since World War II which has left the nation reeling from grief after 129 Parisians were killed, Hollande in a strong message earlier, swore to the country that he intends to take revenge on those who committed the ‘barbaric’ act.