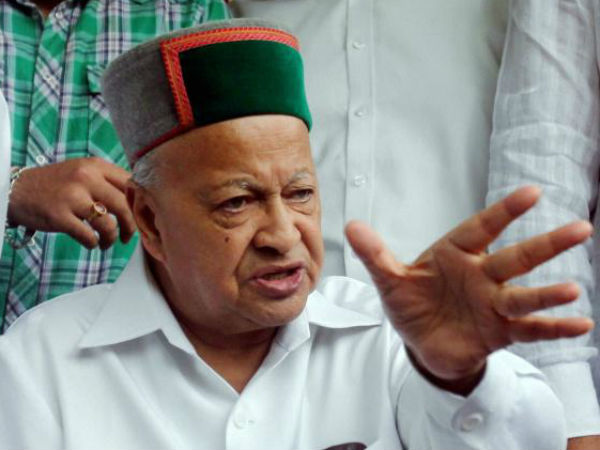 New Delhi: Things seems to be not going well for the Chief Minister of Himachal Pradesh as in a fresh trouble, the Enforcement Directorate (ED) has registered a money laundering case against Virbhadra Singh.

The agency has filed the case under provisions of the Prevention of Money Laundering Act (PMLA) after taking cognisance of a criminal complaint filed by the CBI in this regard in September.

Agency sources said investigators have gathered some “important” documents to probe and detect the “proceeds of crime” allegedly channelled by Singh and his associates by using purported illegal funds.

ED investigators are also expected to question Singh and his other associates soon.

The agency will work to investigate the allegation that Singh and his family members allegedly amassed wealth of Rs 6.1 crore between 2009-11, disproportionate to his known sources of income, while serving as the Union Minister of Steel.

“The ED will also carry out the stipulated action of attachment of assets after investigations reach a proper stage,” a source said.

The CBI FIR had named Singh, his wife Pratibha Singh, LIC agent Anand Chauhan and Chauhan’s brother C L Chauhan and they were charged under the Prevention of Corruption Act.

CBI suspects that during the 2009-11 period, Singh allegedly invested Rs 6.1 crore in life insurance policies in his and his family members’ names through LIC agent Chauhan claiming this money to be his agricultural income.

It alleged Singh attempted to legitimize the same as agricultural income by filing revised Income Tax returns in 2012.

“The agricultural income as claimed by him in his revised ITRs was not found to be tenable. The then Union minister had allegedly accumulated other assets disproportionate to known sources of income,” CBI had alleged.

CBI had also carried out searches at various premises belonging to Singh and family immediately after filing the FIR and the Congress party had then termed the action as “highly vindictive”.

The sources said the ED office in state capital Shimla will handle the case with assistance from the headquarters of the agency in Delhi.