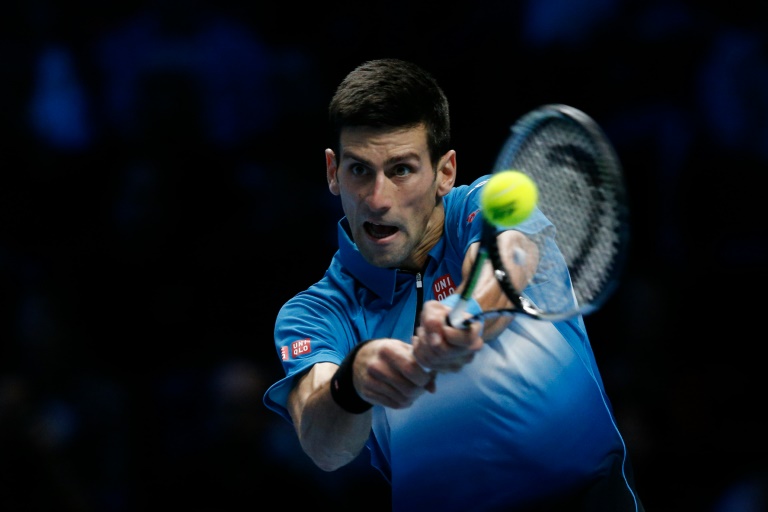 Novak Djokovic made a flying start to his bid for a record fourth successive ATP Tour Finals title as the defending champion routed Japan’s Kei Nishikori 6-1, 6-1 on Sunday.

Djokovic has arrived at London’s O2 Arena hoping to win the prestigious season-ending event for a fifth time and in the process become the first player to lift the trophy four years in a row.

The world number one showed why he is the firm favourite to do just that, demolishing Nishikori in 65 minutes in the tournament’s opening match to record his 23rd successive win and his 79th victory in 84 matches this year.

With two more group ties remaining against six-time champion Roger Federer and Tomas Berdych, who meet later on Sunday, Djokovic’s stroll by the banks of the River Thames was a significant statement of intent to his rivals for the title.

Djokovic has dominated to such an extent over the last 11 months that the sport’s big four, previously comprised of the Serb, Federer, Rafael Nadal and Andy Murray, has been reduced to a one-man show.

Even by Djokovic’s sky-high standards, 2015 has been a golden period for the 10-time Grand Slam winner, who has cemented his position as the sport’s pre-eminent force with one of the best single seasons in the Open era.

The 28-year-old has amassed 10 titles, including the Australian and US Opens, Wimbledon and a record six Masters tournaments.

Since losing to Roger Federer in the Cincinnati final in August, Djokovic has been unbeatable and Nishikori never came close to inflicting his first Tour Finals defeat in 15 matches.

Just before the match started, Djokovic and Nishikori joined the capacity 17,500 crowd in a minute’s silence in memory of the victims of the horrific Paris attacks, with the French flag displayed on screens above and around the court.

Unaffected by that sombre opening, Djokovic set about dismantling Nishikori in typically relentless fashion and landed the first blow with a break in the second game.

Nishikori, ranked eighth in the world, is making his second appearance at the Tour Finals after marking his maiden entry last year with a run to the last four.

He famously enjoyed a shock win over Djokovic when they met in the 2014 US Open semi-finals.

But the 25-year-old has been unable to build on that success during a frustrating year that reached its lowest ebb with an embarrassing US Open first round exit.

Djokovic was hardly the ideal opponent for Nishikori to play himself back into form and, seeming completely overwhelmed, he contributed to his own downfall with a host of unforced errors as the Serb broke again in the sixth game before closing out the first set.

Too quick for Nishikori in mind and deed, Djokovic kept up the pressure and broke in the first game of the second set.

Djokovic pressed home his advantage with one more break for a 4-1 lead and quickly served out his 38th consecutive indoor match victory.