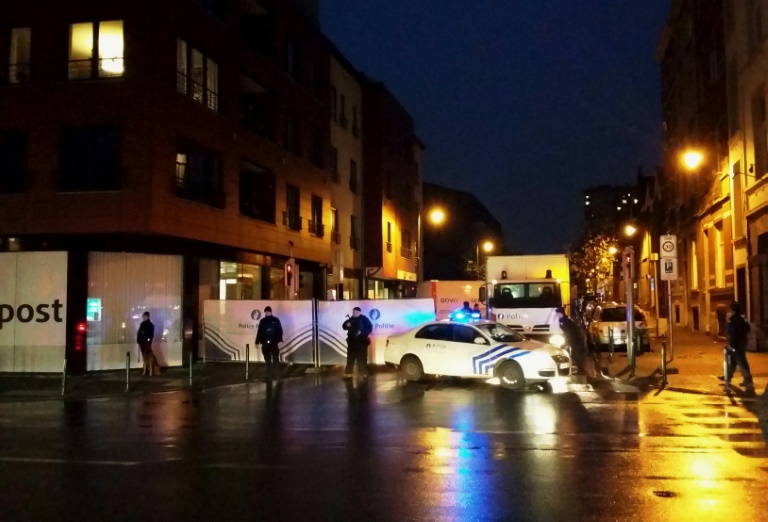 Belgian police arrested several suspects in Brussels on Saturday during raids connected to the Paris attacks, including one who was in the French capital at the time of the carnage, Prime Minister Charles Michel said.

Michel told Belgian television that the arrests were linked to “suspect vehicles” identified during the investigation by French police into the attacks that killed at least 129 people.

The possible link to the new Paris attacks raises fresh fears that Belgium is becoming a hotbed of militancy, coming just months after connections emerged to the Charlie Hebdo attacks and August’s attempted attack on an Amsterdam-Paris train.

“A case has immediately been opened linked to suspect vehicles in Paris, to check people linked to those vehicles. There have been several arrests,” Michel told RTL television.

He separately told RTBF television: “It is believed or suspected that one of these people was in Paris last night.”

The Paris prosecutor said that one of the vehicles used in Friday’s attacks in the French capital was registered in Belgium and hired by a French national living in Belgium.

Belgian Justice Minister Koen Geens said separately on RTBF television that the arrests in the capital’s down-at-heel Molenbeek neighbourhood “can be seen in connection with a grey Polo car rented in Belgium” found near the concert hall in the French capital where scores of people were killed.

Parking tickets from Molenbeek were found inside the car with Belgian license plates, Belgian media said.

In Paris, several witness reported that some of the attackers arrived in a vehicle with Belgian license plates.

“The investigation is opened into a charge of terrorism and participation in the activities of a terrorist group,” the federal prosecutor’s office said.

Belgian media reported that three people were arrested during the raids, but the number was not confirmed officially.

RTBF earlier reported up to three raids as its website ran a photograph of a man with what looked like a black blindfold as the police put his hands behind his back and handcuffed him.

Footage on Belgian television channels later showed plainclothes officers pointing automatic pistols at a man on his knees, while a uniformed police officer carrying a sub-machinegun warned onlookers to stay away.

The French-language tabloid newspaper La Derniere Heure added that the raids were carried out to find evidence in homes of three young people who it claimed took part in the attacks.

Belgium has the highest per-capita number of nationals who have travelled to fight with the Islamic State in Syria and Iraq, officials and analysts have said, leading to concerns that it is becoming a heart of radicalism in Europe.

In January, just days after the Charlie Hebdo attacks, two suspected militants were shot dead in a police raid in the eastern Belgian city of Verviers.

Police later said they had smashed a cell aiming to kill police officers on the streets and at police stations, leading the government to post soldiers outside sensitive Belgian and EU institutions.

Investigators said they also suspected a Belgian man could have supplied Amedy Coulibaly, the gunman behind a Jewish supermarket attack also in Paris in January, with his weapons.

Meanwhile the man behind August’s foiled Thalys attack, Ayoub El Khazzani, had stayed with his sister in Molenbeek before getting the train.

In May 2014 a French gunman allegedly shot dead four people at the Jewish museum in Brussels.