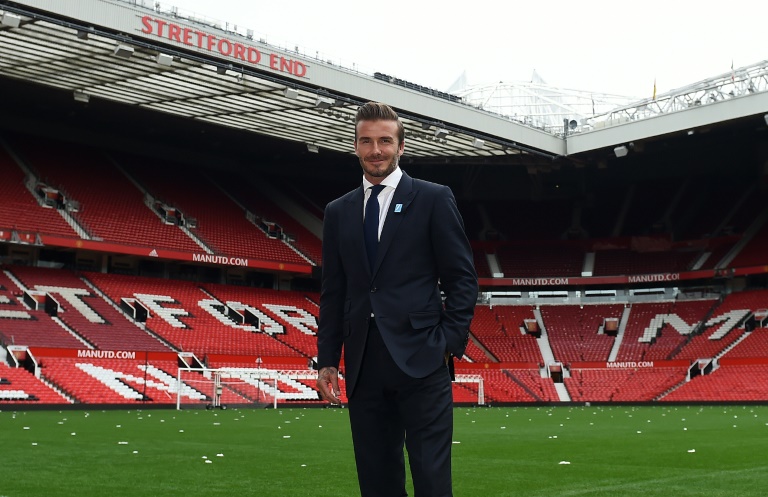 David Beckham said he understood the decision of former France internationals Zinedine Zidane and Patrick Vieira not to play in his charity match on Saturday in the aftermath of the Paris terror attacks.

Zidane and Vieira pulled out of the game on behalf of United Nations children’s charity UNICEF staged by Beckham between a Great Britain and Ireland XI and a Rest of the World XI at Old Trafford after at least 129 people lost their lives in the Paris tragedy.

“There was slight concern (about the game going ahead) obviously once the news hit last night,” Beckham said.

Beckham said he had no complaints about the withdrawals of retired French greats Zidane and Vieira, both members of the France side that won the 1998 World Cup final at the Stade de France — where fans watching the France-Germany international on Friday heard explosions at nearby sites which were later confirmed as having killed several people.

“I understood why Zizou (Zidane) took the decision not to play,” Beckham said. “He was very respectful to me and to everything that he had promised about coming over.

“He is a friend first and foremost,” added Beckham, who played alongside Zidane at Spanish giants Real Madrid.

“I totally understand. He is a very passionate man. It hit him very hard what happened last night. I have said on behalf of myself and the fans we send our condolences to those who have lost loved ones in Paris.

“Being French and the passionate person he (Zidane) is — Patrick Vieira as well – they took the decision they didnâ€™t want to play.

“I totally understand where they are coming from. Zizou was coming in this morning from Madrid.â€

Former France internationals Mikael Silvestre and Robert Pires did play in the game.

The Great Britain and Ireland side captained by Beckham, which also featured his son, Brooklyn, and was coached by former Manchester United manager Alex Ferguson, won 3-1.

Beckham also has links with Paris, having helped Paris St Germain win the league title in 2013 during a short spell before his retirement.

The former Manchester United and England midfielder added: â€œParis has always been one of my favourite cities in the world.

“I have great memories from Paris, not just that time I was with PSG. I played my 100th game for England there and the support I had from the French people was incredible that day.

“To go back as a PSG player and finish my career there, win their first championship for 19 years, it has always been a special place. It was sad to see what happened yesterday (Friday). It is happening unfortunately around the world.”

The game at Old Trafford, where Beckham spent over 10 years as a player and won six Premier League titles and the Champions League, was the culmination of a fund-raising football marathon undertaken by the 40-year-old who has played seven matches in seven continents during a nine-day spell.

Beckham said: “It was amazing, it doesn’t get any better than that. Today was always going to be special. It has been a long journey over the last nine days.

“We achieved what we wanted and raised a lot of money and shone a light on great causes and children from around the world. I want to thank everyone for their support.”