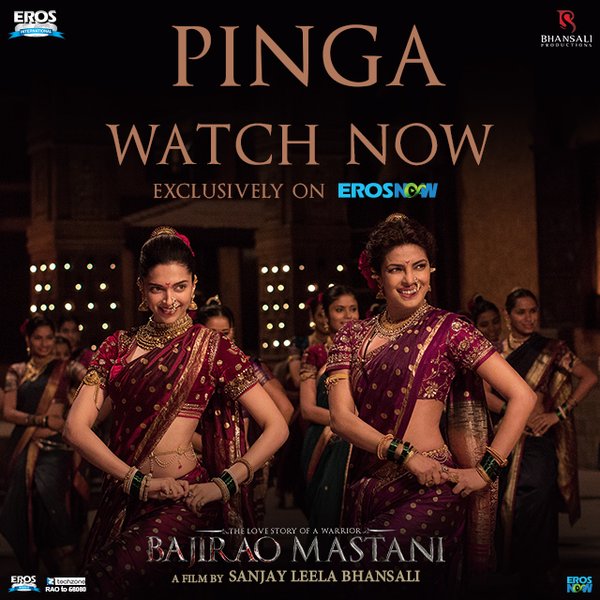 The face-off song ‘Pinga’ from upcoming flick ‘Bajirao Mastani’, which will feature top Bollywood actresses Deepika Padukone and Priyanka Chopra on the same screen, has been released.

The release of the song was earlier postponed on in the wake of the devastating Paris attacks, which left many dead.

The dance number is based on the traditional Maharashtrian dance form ‘lavani’, and will see the actresses in full Maharashtrian attire. The video of the song was released by Eros Now on its website on Sunday, and it looks like director Sanjay Leela Bhansali attempted to re-create his popular dance number ‘Dola re’ from the blockbuster ‘Devdas’, which saw two big actresses, Madhuri Dixit Nene, and Aishwarya Rai Bachchan locked in a dance-off.

Bajirao Mastani, a period drama based on the love story of Peshwa Bajirao and Mastani, features actor Ranveer Singh in the lead role. Deepika plays Mastani, while Priyanka will be seen as Bajirao’s first wife Kashibai. Expectations from the period film have been mounting, as the buzz around the movie was only accentuated by the recent release of the movie’s poster.

The film be will clashing with Shah Rukh Khan and Kajol’s ‘Dilwale’ at the box office, which is also slated for a December 18-release.