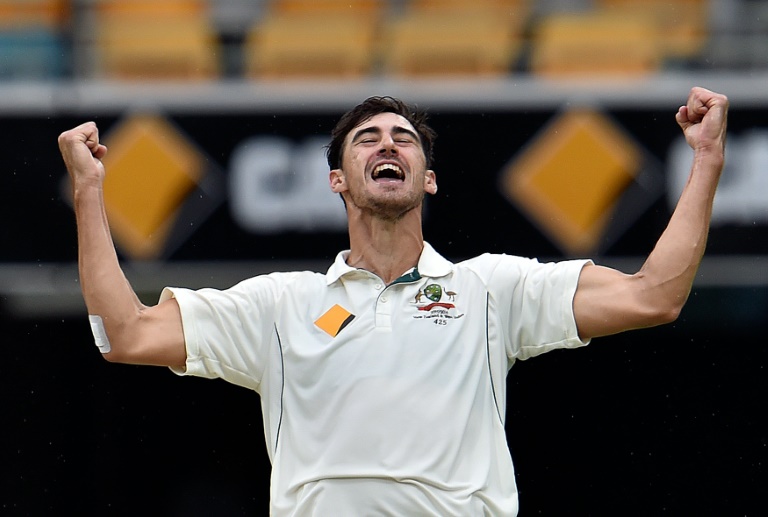 Australian paceman Mitchell Starc bowled what is believed to be the fastest delivery in Test cricket history Sunday on the third day of the second Test against New Zealand at the WACA Ground in Perth.

Starc joined an exclusive club with a sizzling delivery, with the fourth ball of his 21st over clocked at 160.4 kilometres per hour (99.7 miles per hour).

Only four other fast bowlers have officially been recorded to have bowled at more than 160 kilometres per hour, but none of those deliveries was in Test cricket.

Pakistan’s Shoaib Akhtar holds the record with a 161.3 kph thunderbolt in a one-day match against England at Newlands in 2003.

Australian pair Shaun Tait and Brett Lee were both recorded at 161.1 kph, in separate limited-overs matches.

The only other bowler to reach the mark was Australian firebrand Jeff Thomson, who reached 160.6 kph during a study into fast bowling at the WACA Ground in 1976.

Thomson is widely considered the fastest bowler in cricket history.

Starc’s delivery was a yorker dug out by Kiwi batsman Ross Taylor.

On the very next ball, Taylor edged an attempted drive to gully, where a tough chance was grassed by Mitchell Marsh.