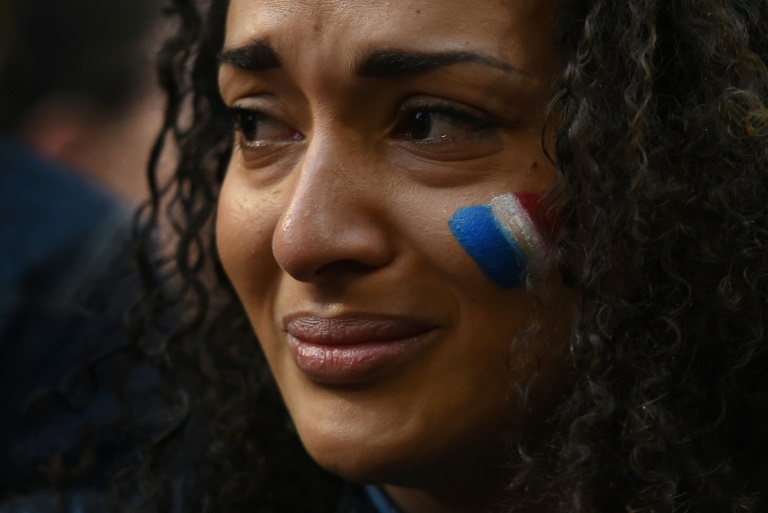 Mourners across the globe reacted to the attacks in Paris with tears, shows of solidarity and condemnations of those who carried out the assaults that left at least 128 dead.

Among politicians, there were loud calls for the world to ratchet up the fight against terrorism.

Bouquets, candles and messages of condolence were laid at French embassies worldwide. Buildings ranging from the Sydney Opera House in Australia to One World Trade Center in New York were lit up in the colours of the French flag. In Madrid and Barcelona, hundreds stood for a minute’s silence outside city hall.

“We are reminded in this time of tragedy that the bonds of liberte, egalite, fraternite, are not just the values French people share, but we share,” said US President Barack Obama, citing France’s national motto.

The coordinated killings reverberated around the world after the shootings by gunmen shouting “Allahu akbar”, explosions and a hostage-taking at a popular concert venue on Friday in the French capital.

Indian Premier Narendra Modi called the attacks “anguishing and dreadful” and Hassan Rouhani of Iran condemned the attacks as “crimes against humanity.”

The Islamic State group claimed responsibility for a “blessed attack on… Crusader France,” which included an assault on the national sports stadium and the Bataclan concert hall.

France is part of a US-led coalition conducting an air war against IS in Syria and Iraq, where IS declared a caliphate last year after seizing swathes of both countries.

Syrian President Bashar al-Assad said that French policy had contributed to the “spread of terrorism” that culminated in the Paris attacks.

“The terrorist attacks that targeted the French capital Paris cannot be separated from what happened in the Lebanese capital Beirut lately and from what has been happening in Syria for the past five years and in other areas,” he said.

– ‘Terrorists will defeat us’ –

The outpouring of support for France generated massive amounts of posts on social media, with the hastags #prayforparis and #jesuisparis going viral.

– Kenyan President Uhuru Kenyatta: “Our common humanity has been attacked in Paris by terrorists, and innocent civilians murdered in cold blood.”

– Greek Prime Minister Alexis Tsipras said: “The terrorists will defeat us…if they force us to abandon our values, and lead us to a fortified Europe inhabited by fearful peoples.”