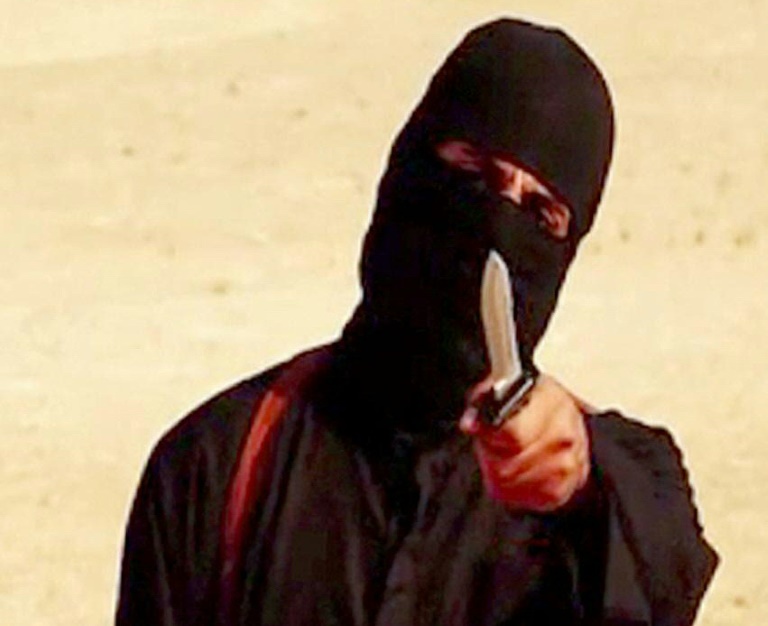 If the US military is to be believed, “Jihadi John” is dead.

It said on Friday it was “reasonably certain” that the Islamic State executioner “Jihadi John” was killed in a drone strike in Syria, but relatives of the British militant’s victims said his death brought them little comfort.

Mohammed Emwazi, whose masked figure appeared in a string of graphic videos showing the beheading of Western hostages, was targeted in a combined British-US operation Thursday in Raqa, the de facto IS capital in war-torn Syria.

In a briefing webcast from Baghdad to Pentagon reporters, Colonel Steve Warren said it would take time for formal confirmation that the Hellfire missile drone strike killed the notorious 27-year-old militant.

But Warren said that the United States had “great confidence that this individual was Jihadi John.”

Emwazi was being driven in a car, and he and a driver are the men believed to have been killed, he said.

“We know for a fact that the weapons system hit its intended target,” Warren said. “We are reasonably certain that we killed the target that we intended to kill, which is ‘Jihadi John’.”

Intelligence sources had been tracking Emwazi “for some time,” Warren said.

“This guy was a human animal, and killing him probably makes the world a little bit better place,” he added.

Britain’s Prime Minister David Cameron said earlier that, if confirmed, Emwazi’s death would be “a strike at the heart” of the IS group.

A US official said three MQ-9 Reapers were involved in the operation. One of them was a British observation drone, but the US drones fired the missiles, the official said.

A London computer programmer, Emwazi was born in Kuwait to a stateless family of Iraqi origin. His parents moved to Britain in 1993 after their hopes of obtaining Kuwaiti citizenship were quashed.

Dubbed “Jihadi John” after hostages nicknamed a group of IS guards The Beatles, he first appeared in a video in August 2014 showing the beheading of James Foley, a 40-year-old American freelance journalist captured in Syria in 2012.

Foley is seen kneeling on the ground, dressed in an orange outfit resembling those worn by prisoners held at the US naval base at Guantanamo Bay. Emwazi is dressed entirely in black.

The Pentagon said in a statement that Emwazi participated in videos showing the murders of Foley and fellow US journalist Steven Sotloff, US aid worker Abdul-Rahman Kassig, British aid workers David Haines and Alan Henning, Japanese journalist Kenji Goto, and a number of other hostages.

Emwazi was last seen in the video showing Goto’s execution in January.

The drone strike targeting him coincided with the launch of a major US-backed offensive in the north of Iraq, where Kurdish officials said Friday that IS militants had been beaten back from the town of Sinjar.

US Secretary of State John Kerry, speaking on a visit to Tunis, warned that the jihadist group’s “days are numbered.”

Analysts said the impact of Emwazi’s death would likely be symbolic rather than tactical for IS, which controls swathes of Iraq and Syria, where they have declared a “caliphate,” and is known for widespread atrocities.

Charlie Winter, an academic who focuses on IS activities, said it could be a “big blow.”

But Raffaello Pantucci of the Royal United Services Institute think tank in London said Emwazi’s death would make little strategic difference and could create a “martyr culture” around him.

The White House said the families of several hostages killed in Syria were informed of the strike before it was made public.

Some bereaved families voiced relief at the news, but Foley’s parents said the executioner’s death was a “very small solace.”

“His death does not bring Jim back,” John and Diane Foley said in a statement.

“If only so much effort had been given to finding and rescuing Jim and the other hostages who were subsequently murdered by ISIS, they might be alive today.”

Sotloff’s sister, Lauren, posted on Facebook that while “some justice was served,” it was not enough.

“Unfortunately this still doesn’t change things. Wish they would have killed him while my brother was still alive. It’s just too late,” she said.

Bethany Haines, whose father David was killed, told ITV News: “After seeing the news that ‘Jihadi John’ was killed, I felt an instant sense of relief.”

Emwazi was six years old when his family moved to London. He grew up in North Kensington, a leafy middle-class area where a network of Islamist extremists was uncovered in recent years.

As a child, he was said to be a fan of Manchester United football club. He went on to study information technology at the University of Westminster.

Court papers published by British media connected Emwazi to a network of extremists known as “The London Boys” that were originally trained by the Shebab, Al-Qaeda’s East Africa affiliate.

A British citizen believed to be a close associate of Emwazi, Aine Lesley Davis, has been detained in Istanbul, a Turkish official said Friday.

Cage, a London human rights group which worked with Emwazi in Britain before he left for Syria, reacted by saying he should have faced trial, not death.

“Emwazi should have been tried as a war criminal,” the group said in a statement.