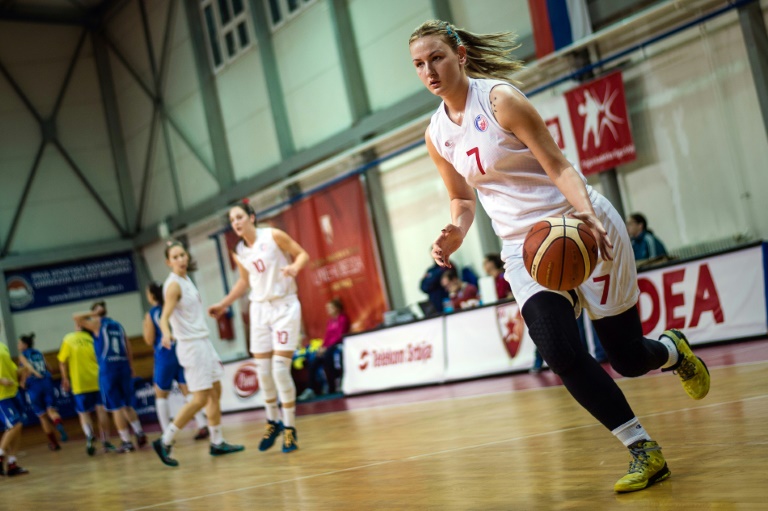 Met by cheers and a standing ovation from supporters, a professional Serbian basketball player has made an extraordinary comeback to the court — two years after losing her leg in a bus crash.

Wearing a prosthetic limb under black leggings, 21-year-old Natasa Kovacevic scored five points towards Wednesday night’s victory by Red Star Belgrade, the club with which she began her career, in a return to the game that she described as “sublime”.

Many had believed Kovacevic’s exemplary career was over when she was caught up in a deadly accident in September 2013 while travelling with her Hungarian club, Gyor.

The club’s coach and general manager were killed, while seriously injured Kovacevic had to have her leg amputated.

But 26 months later, she has shown a level of resilience that even her rivals applaud.

“I am overwhelmed to be back, the feeling on the ground was sublime. I feel as if I never left, as if two years has not gone by,” a smiling Kovacevic said after her team beat southern Serbian side Student Nis by 78-47.

“I need to improve my fitness, if I’m honest I lost my breath a little, but I will work and it will come,” she said.

Spectators pointed out that what she lacked through her disability, Kovacevic made up for with her experience in the game, despite her young age.

The coach of the opposing team, Zvonimir Stankovic, was no less admiring.

“What she has accomplished, her perseverance, deserve everyone’s respect. We should all teach our children about her example,” he told AFP.

“From the moment she entered the game, we treated her like any other player,” he added.

Natasa was emerging as one of the most talented Serbian players of her generation — primed to play for her basketball-mad country in the EuroBasket championship this year — when tragedy struck. At time she was just 19.

“From the beginning I have had one wish — to play basketball again. Deep inside myself I am convinced that this day will come,” she told local media after the accident.

Following the crash, the French Basketball Federation (FFBB) and its president Jean-Pierre Siutat, who had been close to the deceased Hungarian coach Akos Fuzy, came to the young player’s rescue.

Impressed by her will and courage, the FFBB helped to finance the special prosthetic leg that would allow her to return to the competition.

In 2014, the International Basketball Federation (FIBA) made Kovacevic an ambassador for young people and she gradually resumed training.

She also created a foundation bearing her name that aims to help other young athletes.

“My comeback is very important to me, but I hope it shows other people that they can do anything they want if they have the will,” she said after her triumphant return.