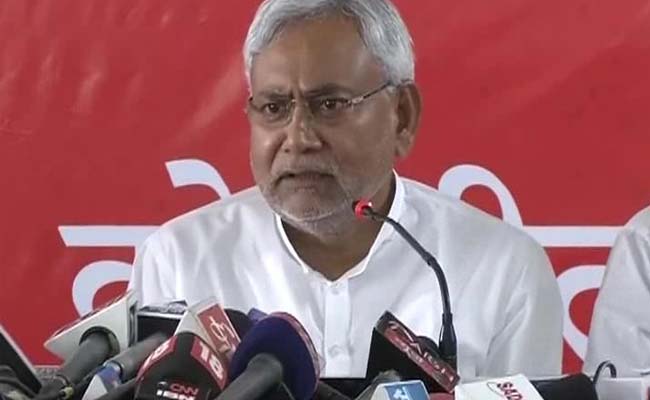 Looking at staking a claim to form a new government after a joint meeting of his party, the RJD and the Congress later on Saturday, Bihar Chief Minister Nitish Kumar submitted his resignation to Governor Ramnath Kovind after the Cabinet decided to recommend the dissolution of the outgoing assembly.

“Nitish Kumar met the governor and submitted his resignation to him and informed about the cabinet decision,” an official said.

The Governor has accepted the resignation but has requested him to continue as caretaker Chief Minister till a new government is formed.

Newly-elected legislators of Bihar’s ruling Janata Dal—United (JD—U) will elect Nitish Kumar as the leader of the legislature party.

He will then be elected leader of the legislature party of the Grand Alliance.