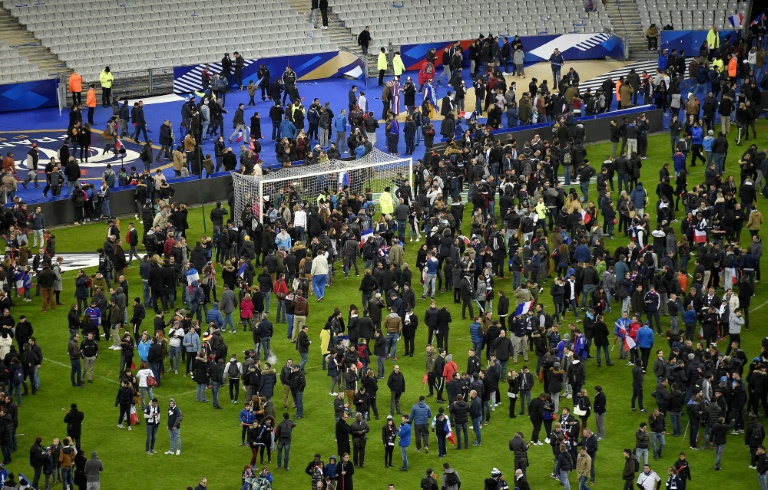 The England-France friendly match scheduled for Tuesday in London will go ahead despite deadly attacks in Paris that left more than 120 dead on Friday, according to the French football federation.

“After talks with the English FA who assured us there was no particular risk in holding the match, we decided to go ahead,” a federation spokesman told AFP on Saturday.

“If British authorities came to re-evaluate the situation, obviously the question of holding the match or not would be addressed.”

The match is scheduled to kick off at Wembley at 2000GMT on Tuesday.

France cancelled all public events including a press conference and a meeting with fans that had been scheduled for Saturday. Instead, the squad trained behind closed doors.

As France played Germany in a friendly at the Stade de France on Friday, three loud explosions were heard outside the national stadium during the first half.

At least four people died outside the glittering venue which staged the 1998 World Cup final with several others seriously hurt.

One of the explosions was near a McDonald’s restaurant on the fringes of the stadium. At least one of the two explosions in rue Jules-Rimet was a suicide bomb attack.

French President Francois Hollande, who was watching the game, was immediately evacuated. The two sides played on to the end.

Afterwards, bewildered fans poured onto the pitch while waiting for all the exits to be declared secure and the stadium eventually emptied in a relatively calm atmosphere.

French and German players were seen in apparent shock staring at a television screen as they left the field.

One France player, Atletico Madrid’s Antoine Griezmann’s sister had been in one of the principal attack sites, the Bataclan concert hall.

He later sent a tweet saying: “Thank God my sister managed to get out of the Bataclan. All prayers go to the victims and their families.”

Straight after Friday’s match, the English FA had said they would liaise with their French counterparts before deciding whether or not to maintain Tuesday’s fixture.

It was almost 3am before the French team left the stadium under police escort while the Germans stayed all night before heading straight back to Frankfurt.

The Stade de France was one of at least six different venues hit in a string of coordinated attacks that left 128 dead.