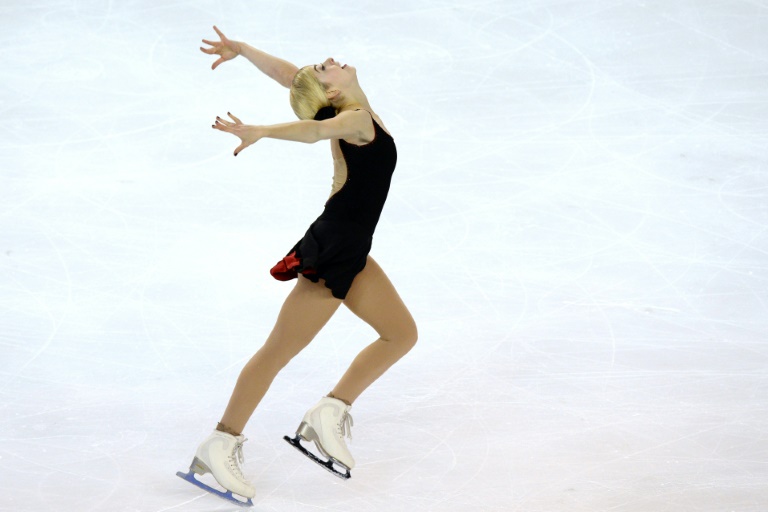 US silver medallist Gold pulled out a near perfect short programme to the popular Argentinian tango music “El Choclo” to score a personal best 73.32 points at the Meriadeck ice rink.

The 20-year-old improved her previous best by over two points to lead Russian Julia Lipnitskaya by 7.69 going into Saturday’s free skating final in the fourth of the six-leg ISU Grand Prix series.

Gold is bidding to add to her silver medal from Skate America last month to book her ticket to the elite ISU Grand Prix final in Barcelona from December 10-13.

Reigning world and European champion Tuktamysheva, who had finished second in her opening Grand Prix at Skate Canada this month, fell twice to trail in fifth (56.21).

Former three-time world champion Chan, who started off his season by upstaging Olympic champion Yuzuru Hanyu to win Skate Canada, also produced an error-strewn performance to a Michael Buble song, “Mack the Knife” to sit a distant fifth 76.10 behind Uno.

Chan has won the Trophee Bompard four times, most recently in 2013 when the 24-year-old set personal best scores in the short programme and free skate, and the world record for free skate and combined total that year.

But the Olympic silver medallist, returning to competition after a year off, was far from his best failing in his attempt at an opening quadruple jump before also stumbling on his triple axel.

Olympic champions Tatiana Volosozhar and Maxim Trankov of Russia dominated the pairs event, scoring 74.50 in the short programme to open up a nine point lead on France’s Vanessa James and Morgan CiprÃ¨s (65.75 points).

In ice dancing, Americans Madison Hubbell and Zachary Donohue took the lead with 64.45.

Papadakis was ruled out of the Trophee Bompard after fresh fears over the head injury the French figure skater suffered in August.

The Montreal-based skater suffered panic attacks, depression, memory loss and dyslexia after hitting her head on the ice during a training session last August.

The 20-year-old has undergone treatment pioneered for members of the military suffering head trauma.