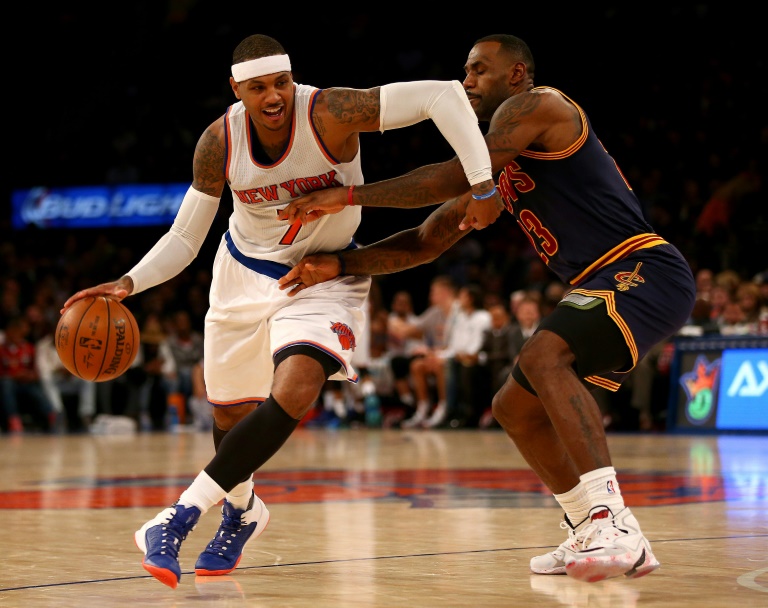 The Cleveland Cavaliers are off to their best NBA start in 39 years after coming from behind to beat the New York Knicks for the second time in just nine days.

The Cavaliers won their eighth straight, a stretch that includes a 96-86 home win on November 4 after coming back from a 15 point deficit against the same Knicks.

James also had a spectacular fourth quarter in that one, and Cleveland is now 8-1 to start the year for the first time since the 1976-77 NBA season.

The same can’t be said for Knicks’ forward Carmelo Anthony who had a team high 26 points but only scored four in the second half. Coming into the contest, Anthony was shooting 31.7 percent in the fourth quarter compared to 51.2 percent for James.

“It is great to have guys who can help you close out games,” James said. “I thought everyone did a great job on both ends of the floor, especially Mo (Williams), who came through with a timely shot and free throws at the end.”

Cleveland trailed by six points with 5:24 to go, before James and Williams seized the moment. Williams’ jumper put the Cavaliers ahead 86-84 with 40 seconds left and his four free throws in the final 18 seconds sealed the victory. James finished with 31 points and Williams scored 20.

James took over down the stretch. He scored six straight points to give Cleveland an 84-82 lead with 76 seconds to play on a fade-away jumper over Anthony and two layups.

“We had to make a decision on who we wanted to go down there in the end,” Cleveland coach David Blatt said. “Naturally, with LeBron (James) and his capability of making big plays, we went to him and he used the looks that the defense showed him to make plays for himself and Mo (Williams), who made a couple of big shots and big plays for us.”

The Knicks missed their first 10 shots from the floor in the fourth quarter, but still maintained a 76-73 lead with 6:32 left to play.

After a hot first half, Anthony fell into a cold spell when the intensity picked up, missing his first nine shots.

Friday was the first game of a three-game road trip for the Cavaliers. They travel to Milwaukee on Saturday and to Detroit on Tuesday.

Forward Kristaps Porzingis finished with 11 points and seven rebounds for the Knicks. Porzingis, of Latvia, is the first Knicks rookie since Patrick Ewing in 1985 to score at least 80 points and grab at least 60 rebounds through the first seven games of a season.

Forward Paul George continued his torrid surge with 29 points and guard Monta Ellis added 24 as the Indiana Pacers built a big lead but had to hang on to win their third in a row 107-103 over the Minnesota Timberwolves.

George has scored at least 26 points for the sixth consecutive game, Ian Mahinmi had 12 points and nine rebounds and Glenn Robinson scored a career-high 11 off the bench against his former team. Indiana won for the sixth time in seven games after starting the season 0-3.

Kobe Bryant returned to the Los Angeles lineup but managed to score just five points in the second half as the Dallas Mavericks defeated the struggling Lakers 90-82.

Bryant, who has been sitting out with a bad back, finished with 19 points for the Lakers who have one win in their first nine games.

Centre ZaZa Pachulia led the Mavs with 18 points and 15 rebounds and guard Deron Williams tallied 13 points and seven assists in the win.

Russell Westbrook produced his second triple-double of the season with 21 points, a career-high 17 rebounds and 11 assists to lead the Oklahoma City Thunder to a 102-85 victory over the Philadelphia 76ers. Philadelphia remains winless at 0-9.