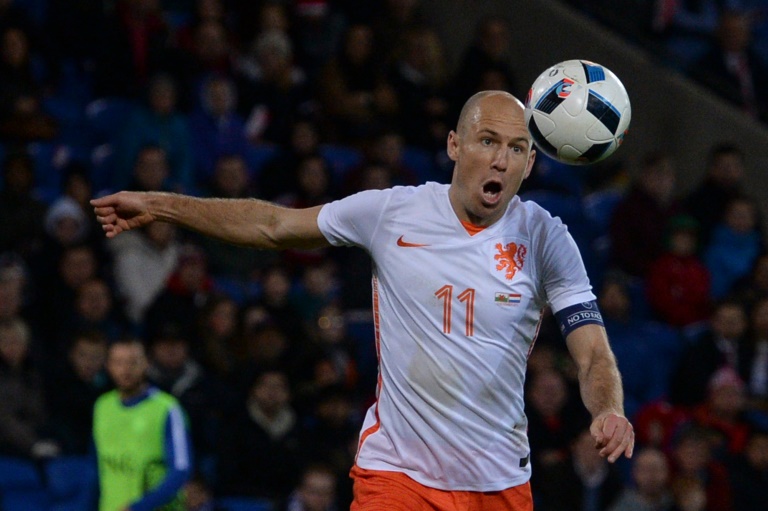 Netherlands coach Danny Blind hopes that glamour friendlies will keep his team’s motivation intact after they bounced back from their Euro 2016 qualification failure by beating Wales.

Third at last year’s World Cup, the Netherlands will not be among the 24 teams competing in France next year after missing out on a place at the European Championship finals for the first time since 1984.

But after Arjen Robben scored twice in a 3-2 friendly win in Cardiff on Friday, Blind voiced hope that forthcoming games against Germany, on Tuesday, and France and England will keep his players focused in the 10 months leading up to the start of qualifying for the 2018 World Cup.

“That’s a hard job,” he told reporters at Cardiff City Stadium. “But you saw the team tonight (Friday). They were focused and they put a lot of energy in the game. I hope we can continue that and I think (we can).

“Because we play in Germany on Tuesday, we play France and England in March, so big countries. I hope the motivation will be there.

“Otherwise I have to speak with them and comfort them that we’re not going to play in France, so we need those games to prepare for the first game in qualifying for Russia against Sweden in September.”

Blind, who left Manchester United winger Memphis Depay on the bench, branded Robben “outstanding” after the Bayern Munich winger marked his return from a three-game international absence due to a groin injury by netting a coolly-taken second-half double.

“He’s lethal, a world-class player and that’s what he can do,” said Wales midfielder Joe Allen, who saw a first-half penalty saved by Jasper Cillessen, only for Ledley to tuck in the rebound.

Wales were missing their two most influential players, Gareth Bale and Aaron Ramsey, due to injury, while regular frontman Hal Robson-Kanu was also absent.

Having used the opportunity to give game time to fringe players such as Jonny Williams, Tom Lawrence and Huws, Coleman took heart from the fact his side had pushed Holland close.

“Overall I’m not too despondent,” he said. “We ended up scoring two goals, even though everyone says we only score with Balo and Rambo.

“It’s good for (the fringe players) to get minutes, because now we’re building towards France.

“Some of the lads who haven’t had that much time on the pitch, it’s important they get some if they’re going to come with us to France. And also, we were competitive throughout the game.

“We got what we wanted out of it, except for the result.”