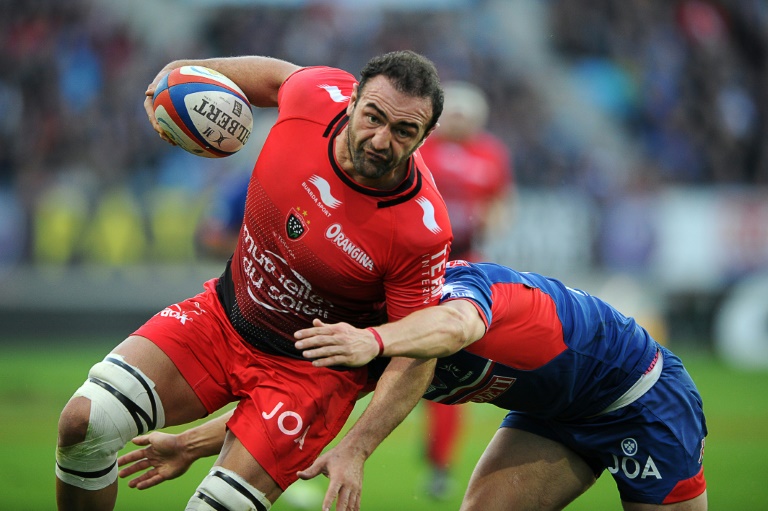 If Toulon are to defend their European Champions Cup title, they will have to do it the hard way, starting with the visit of Bath this weekend.

The French giants have ruled in Europe for the last three seasons but they face perhaps their toughest challenge yet just to get out of this season’s pool stages.

Pool 5, on paper at least, is probably the toughest group ever pulled out of the hat in this competition, pitting the reigning champions and 1998 winners Bath against three-time laureates Leinster and twice former kings of Europe, Wasps.

Those four sides have won between them nine of the 20 editions of the continent’s top club competition.

With such a group and the peculiar format of the competition that sees eight teams progress to the knock-out stages from five groups — the five group winners and three best runners-up — it is possible the only team to progress from Pool 5 will be the winners.

Toulon have recruited heavily for this season to offset the loss of locks Ali Williams and Bakkies Botha, as well as prop Carl Hayman, all of whom retired at the end of last season.

Fly-half Quade Cooper made an impressive debut in last weekend’s 52-8 thrashing of Montpellier in the Top 14 while South African No.8 Duane Vermeulen will make his first appearance in the red shirt at the Stade Mayol on Sunday.

All Black World Cup winner Ma’a Nonu has not joined up with his new teammates yet, but other stars such as Springbok wing Bryan Habana and versatile Wallaby back James O’Connor will all be in contention to begin their club season over the coming weeks.

Toulon missed those star names earlier in the campaign, as they lost four of their opening seven league matches, but South African flanker Juan Smith says they will only get stronger from here.

“Of course we want to win the tournament again. The team has received many reinforcements, even if all are not there yet,” he said.

“But the club is still always moving forward and always has big ambitions, whoever is playing.”

Bath too have a new signing to boast of in Scotland international back-rower David Denton from Edinburgh but his arrival has merely served to fill a void after the disappointing loss of rugby league convert Sam Burgess back to the 13-a-side code.

Bath head coach Mike Ford believes, though, that there is no time like the present to be facing Toulon.

“We think we’re getting Toulon at the right time. It’s the champions away from home, they’ve had 19 internationals away who have to be integrated and, a bit like us, they haven’t started the season too well,” he said.

Leinster, who host Wasps on Sunday, are also buoyed by the return of their prodigal son Jonathan Sexton after two underwhelming seasons at Racing 92.

They’ve also started to hit their stride in the Celtic League with three wins in a row since starting the season with two defeats from their first four matches.

In other groups, last year’s beaten finalists Clermont start with a trip to domestic rivals Bordeaux-Begles in Pool 2.

Clermont are flying high at the top of the French league despite losing 14-9 at Stade Francais last weekend.

Bordeaux have had an indifferent start to their campaign and sit in mid-table of the Top 14.

One clash to rival that of Toulon-Bath is record four-time champions Toulouse’s trip to 2014 beaten finalists Saracens, who lead the English Premiership after a perfect four wins from four, in Pool 1.

It will be Toulouse’s first ever European match without iconic new France coach Guy Noves at the helm, but full-back Maxime Medard says that won’t be a problem.

“It’s been an easy transition. We have a lot of the same players as last season and we have not changed the Toulouse game plan,” he said.