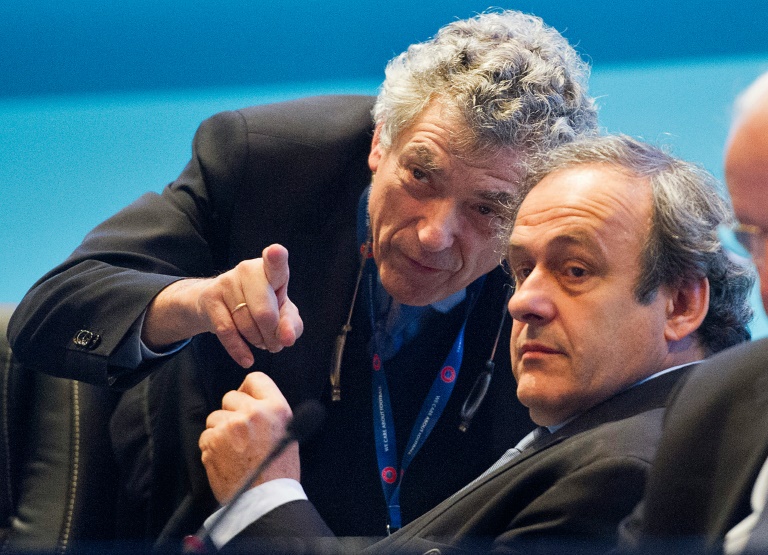 Villar Llona, who is also a vice-president of both FIFA and European governing body UEFA, was given a 25,000 Swiss francs (23,200 euros) fine and warned for his failure to cooperate with investigations into the bidding process for the 2018 World Cup which was awarded to Russia.

He is currently the highest ranked official at UEFA while president Michel Platini serves his ongoing ban for accepting a murky 1.8 million euro ($2 million) payment from FIFA in 2011.

“Mr Villar Llona failed to behave in accordance with the general rules of conduct applicable to football officials in the context of the investigations conducted by the then chairman of the investigatory chamber of the FIFA ethics committee regarding the 2018/2022 FIFA World Cup bids,” read a FIFA statement.

“As he subsequently expressed his commitment to collaborate and demonstrated a willingness to cooperate, he has been sanctioned with a warning and a fine of CHF 25,000.”

The 65-year-old former international midfielder said he was relieved by the decision but would continue to fight in a bid clarify the matter.

“On the one hand, I am very happy with the part of this judgement that finally clears my name after so many insinuations and continuous leaks about my lack of collaboration with the investigation.

“On the other hand, at no moment have I lacked decorum nor have I failed to comply with any other order of the FIFA Ethics Committee during this process.

“I regret that an expression I used has been understood in a different way by some members of the FIFA Ethics Committee. For that reason, I will evaluate if I will exercise legal action that could help me against the fine imposed or not,” added the Spaniard.