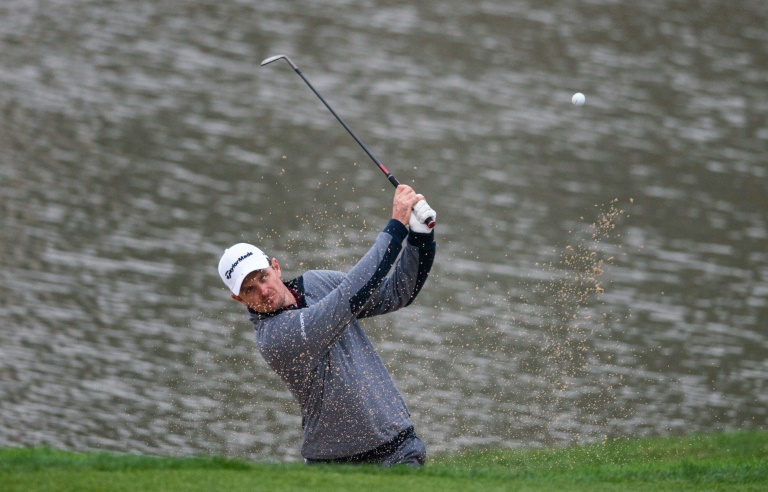 Justin Rose may need to overtake Lucas Bjerregaard again on Chinese soil if he is to seize pole position in the Race To Dubai after the Dane moved three shots clear at the BMW Masters on Friday.

Bjerregaard, who was pipped by Rose to the Hong Kong Open title last month, carded a second successive 66 at Lake Malaren in Shanghai to move to 12-under for the $7 million event.

Rose, currently fifth in the European Tour standings, needs at least a second-place finish to go above Rory McIlroy at the top of the Race to Dubai with one event left, the DP Tour Championships next week.

But the English world number six endured a difficult day in cold and windy conditions and stood still on five under after a level-par 72, seven behind the leader with two rounds to go.

“Tough day and I didn’t play well either,” Rose told AFP after his round. “It was a day you would like to have had your A-game, but I really struggled which made the whole day feel like a bit of a grind.”

McIlroy is sitting out the BMW Masters, leaving last year’s European number one vulnerable at the top of the Race to Dubai standings.

Rose was surprised that, with the exception of Bjerregaard, nobody got away from him on a difficult day in Shanghai.

“I was encouraged when I got to the last hole and saw I was still in 12th spot. I felt I was like about 30th,” said Rose.

Overnight leader Sergio Garcia started in great fashion and at one stage was sharing the lead with Bjerregaard after three birdies on his front nine.

But the Spanish world number 11 went bogey-double bogey on 12 and 13 to drop back to eight-under par before clawing back a shot which left him with 71 and a share of second place on nine-under 135 with Thongchai Jaidee, who carded a 68.

Three players are tied for fourth place on eight-under — English duo Paul Casey (69) and Ian Poulter, who shot a second successive 68, plus South Korea’s An Byeong-Hun (71).

“Sergio has dropped back a bit. It is not easy out there,” said Rose. “I just need to play a great weekend and forget a little bit about today. One of the next two days I’m going to have to go low.”

Bjerregaard’s six-under round matched the best of the day along with his playing partner on Friday, Peter Uihlein of the United States.

It has been a patchy season for the Dane, who lies 55th in the Race to Dubai.

“It was nice in Hong Kong to prove to myself and to everyone else that I can still compete up there,” said Bjerregaard.

“Hopefully I can do that again this week and just come up one place better than last time.”

England’s Danny Willett lies second in the Race to Dubai and needs a sole 28th place finish or higher to overtake McIlroy.

After an indifferent 72 in the first round he went three shots better Friday and lifted himself into a tie for 28th.