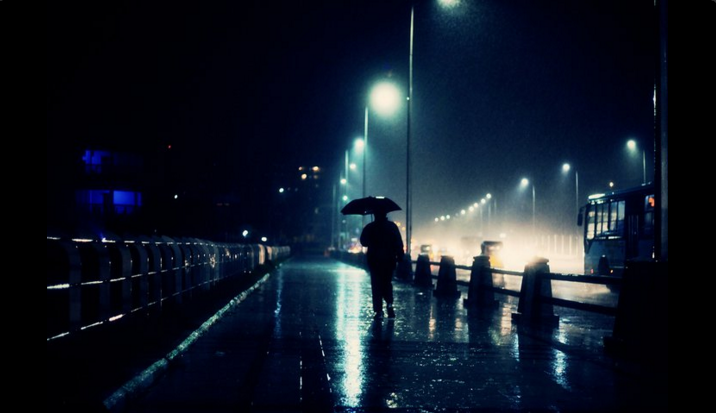 26 trains were cancelled and schools and colleges were closed on Friday as heavy rain lashed Chennai for the fifth straight day, bringing the city to a standstill.

Seven more persons lost their lives in rain-related incidents in Tamil Nadu, taking the death toll to 55 as the North East Monsoon continued to pound several parts of the state disrupting rail and road traffic.

Parts of South Chennai including St Thomas Mount and Velacherry witnessed heaving water logging which even resulted in railway under-bridges being flooded.

Schools and colleges in northern districts including Chennai, Vellore, Thiruvallur and Kanchipuram remained closed.
Office goers in the capital city had a harrowing time as they had to wade through knee-deep and in some places waist-deep waters.

Trains leaving Chennai were also affected due to water logging in the tracks.

Arterial roads including in Anna Salai, Poonamallee High Road and GST Road in the city came under sheets of water hitting vehicular movement, according to authorities.

Office-goers had a harrowing time as they were stuck with knee-deep water in many areas. Hassled residents posted pictures of waterlogged roads on Twitter, making #chennaiRains a top trend this morning on the micro-blogging site.

#chennairains so who s gonna swim to work today? pic.twitter.com/Sg42kgUZyO

The GrandTrunk Route to Delhi !! . Not sure whether its via rail or ship 😀 #Chennairains #Rains pic.twitter.com/IJ70Jiv5Dz

Rubber road barricades were seen floating and some buses stopped midway due to rising of water levels on the roads. 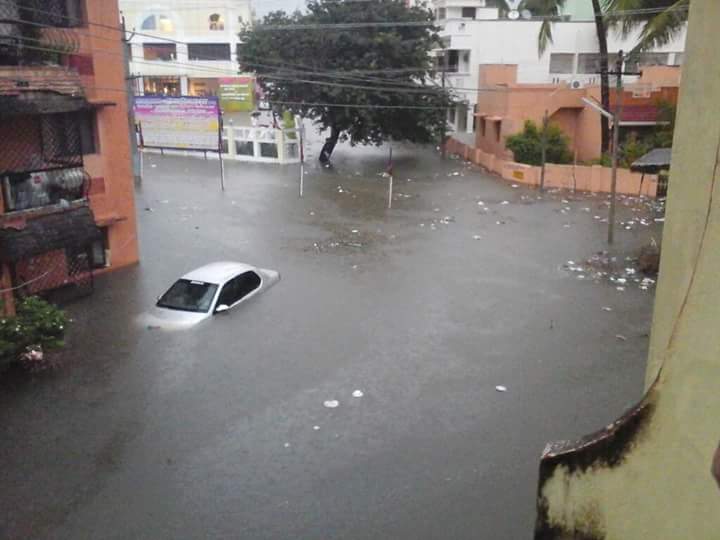 Power supply was disrupted in some areas.

Also, water level in reservoirs that supply drinking water to Chennai –Red Hills, Cholavaram, Chembarambakkam and Poondi have shown an increase with water supply now available for three months, according to officials.

Chief Minister J Jayalalithaa has condoled the death of the victims, a majority of whom drowned in flood waters, and announced Rs four lakh each to their families of those killed from the Disaster Relief Fund.

Several parts of the state, including Chennai, Cuddalore and Kancheepuram districts were witnessing heavy rains for the last few days.

Thought the deep depression had already crossed the Chennai coast on November 9, the Met office said a new trough of low pressure formed over South Andaman Sea was expected to bring heavy rains in the next few days.