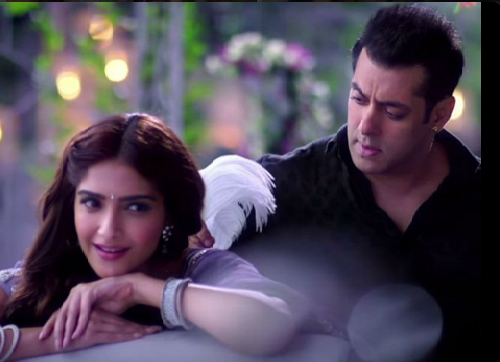 Prem is back ! Bollywood megastar Salman Khan’s Diwali release “Prem Ratan Dhan Payo” made an impressive opening at box-office on first day on Thursday with an occupancy rate of 70 to 80 per cent and the collections touched a whooping Rs 40.35 crore.

The Sooraj Barjatya-directed film marks Salman’s collaboration with the director and his banner, Rajshri Films after a gap of 16 years.

“The opening has been very strong. It should be somewhere around Rs 35-40 crore (today) as per early estimates. The weekend collection should be around Rs 110-120 crore. The occupancy is 70-80 per cent even in multiplexes, which is a very good indicator. It is festive season, with Salman and Barjatya’s combo which is working,” said distributor Girish Wankhede.

Trade analyst Taran Adarsh said the movie got the leg-up due to the combination of Salman-Rajshri films. “The opening is phenomenal across the country. The advance bookings and the buzz so far has been terrific,” he told PTI. The romantic-drama also stars Sonam Kapoor, Neil Nitin Mukesh, Swara Bhaskar, Armaan Kohli and sees the comeback of the 49-year-old “Dabangg” star’s much-loved character, ‘Prem’.

Kamal Gianchandani, CEO, PVR Pictures Ltd, said the families are watching the movie, which also benifits from being the solo release during the festival.

“It is appealing to the family audience as it is a clean film. Not only the afternoon shows, but even the morning shows were flocked by parents who were watching the film with their children. That is a big positive sign,” Gianchandani said. When asked if the film will surpass the lifetime record of “Bajrangi Bhaijaan” (nearly Rs 320-crore pan India) Manoj Desai, exhibitor and executive director, Gaiety Galaxy, said, “It is too early to say if the movie will break Bajrangi Bhaijaan’s record but people are loving the film. All shows are houseful and even the advance booking for the weekend is very strong.”

The next big release is Ranbir Kapoor-Deepika Padukone starrer “Tamasha”, which opens on November 27. When asked if “Tamasha” will be impacted due to “Prem Ratan…”, Wankhede replied in negative. “‘Tamasha’ will have an audience of its own. There is a gap of two weeks, which is huge for any big budget movie to enjoy a complete run in today’s times where we have 20-25 shows per day at multiplexes. There is no threat to Tamasha,” he said.