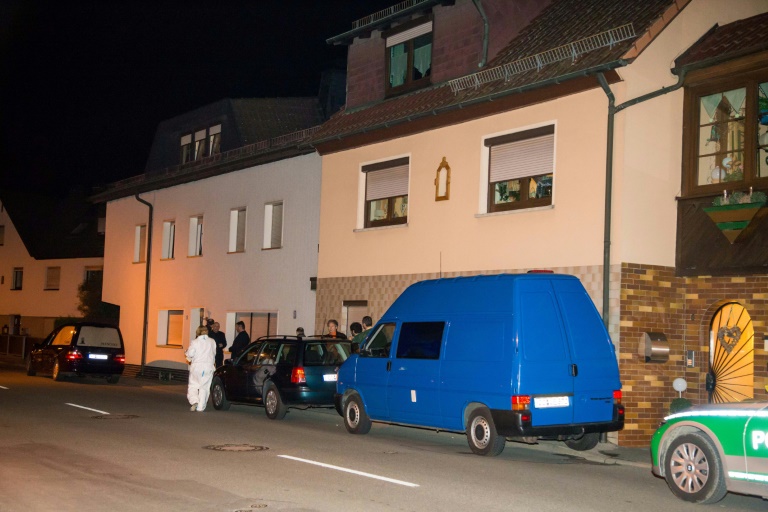 German police said Friday they had found the bodies of eight babies in an apartment in the southern state of Bavaria, in what could be one of the country’s worst post-war infanticide case.

Police said they were alerted on Thursday afternoon by a resident from the small town of Wallenfels, who found a body of an infant in the apartment.

When officers arrived at the site, they uncovered several other bodies, wrapped up in hand towels and put in plastic bags.

Police are looking for a 45-year-old woman who previously lived in the apartment.

“She is sought at least as the possible mother of the children,” said a police spokeswoman, who would not say if the woman is considered a suspect.

Forensic investigators are currently examining the corpses, police said, adding that the process could take some time “due to the poor condition” of some of the bodies.

“A result is not to be expected before the beginning of the coming week,” said police.

Investigators had first revealed the grisly find late Thursday, with the local press reporting that two babies’ bodies were uncovered.

On Friday morning, investigators announced that possibly seven bodies had been found, before saying in the late afternoon that an eighth had been discovered in the house where children’s decorations could be seen taped to the windows on the first floor.

Newspaper Bild reported that the female former resident of the apartment lived there with her husband for 18 years, and that the couple had three children.

But the woman also had four other children from other relationships, it said, adding that she had sought to hide her frequent pregnancies.

It also quoted an unnamed source saying that the woman had four miscarriages.

She moved out at the end of September after a row with her husband, Bild said, adding that while drunk, she had told him that she had hidden bodies of babies at home.

The claim was overheard by a tenant on the same property, who began looking for the bodies and finally alerted police when she made a macabre find, according to Bild.

The woman sought by police reportedly worked at a newspaper kiosk, and in the summer was also a lifeguard at a swimming pool.

A neighbour described her as a “nice person” and said that she always cared very well for her children, according to the daily Sueddeutsche Zeitung.

Wallenfels mayor Jens Korn expressed shock over the discovery, telling news channel N24 “this little town where everyone knows each other is asking ‘could we have done something?’.”

Last May, a woman was sentenced to three years and eight months in prison for killing two of her children and hiding them in a freezer.

In October 2013, in Bavaria, the bodies of two babies from the 1980s were found during construction works.

And in what was until now Germany’s worst post-war infanticide case, a 42-year-old woman was convicted in 2008 of killing eight of her newborn babies, whose bodies she hid in buckets, flowerpots and an old fish tank.