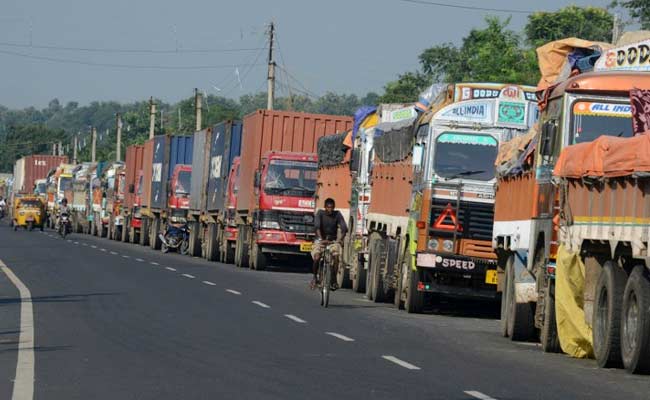 Speaking on the allegations of India blocking supplies of essential items across the border, Indian Ambassador to Nepal Ranjit Rae has said that it was not true that the supplies had been blocked at the border.

In an interview to Nepal TV, Rae said:

“There are interruptions of supplies on the border because of ongoing protest by certain groups of Nepalese citizens. As soon as the protests are over, I am sure supplies will resume. We hope that with the dialogue process which is under way, there will be a resolution of these political issues that are agitating certain groups and communities in Nepal.”

He spoke on the protests at Terai region in Nepal, which have been going on for three months now. Despite deaths and violent protests, there has been no resolution for the issue, he said.

“Protestors started picketing the major access routes into India and that is when this so called notion of blockade started coming in.”

“The problem is rising because of insecurities, like the Birgunj incident. We see the problem is political in nature and we hope very much that these political issues will be resolved and once the protesters change the forms of protest and stops picketing borders routes, I am sure supplies would come back to normal. As far as the Indian government is concerned we have made every effort to re-route supplies through other check posts and also provide petroleum through other depots but 70 percent of Nepal’s trade comes from Birgung and that is the place which is blocked” he added.

“Well I am not sure which supplies are coming in and which are not. There are 1600 trucks lined up in Sanoli, Nepal, these queues are there for several kilometers and trucks are coming one by one. As far as the petroleum is concerned foreign minister already made a request to re-route these trucks through other check post,” he said.

Speaking on the killing of an Indian citizen in police firing, Rae said that the Indian side had asked the Nepal police to fully investigate the matter. He summarily rejected allegations that Indians are fuelling the protests that are going in Tarai, and added that it is a home-grown agitation.

He exuded confidence when asked about the bilateral relationship between India and Nepal, adding that the two countries are at a difficult stage of relationship, but the relationship is very strong and robust. Both sides would do everything to get it back on track, Rae said.

Rae said that there were great expectations from the newly adopted Constitution of Nepal, but some sections feel that they are not full stake holders in this process, has generated certain anxieties and protests.

“We are optimistic that these issues will be resolved and have to be resolved because that is the only solution to maintain peace and stability,” he said.

“I think if you have a constitution is a great achievement and I hope it would accommodate all those who feel left out,” he added.

He said that as long as the protests continue on Raxaul- Birgunj border, supplies would continue to remain interrupted.

“Every effort will be made to create environment in which Nepal- India relation would improve but we reject anti- India campaigns,” said Rae.