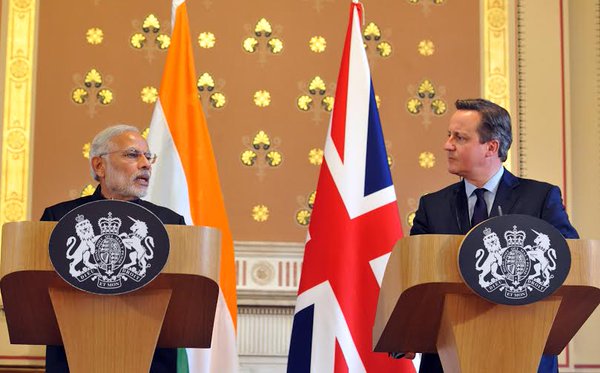 During his visit to the United Kingdom, Prime Minister Narendra Modi, in his talks with British counterpart, raised the issue of declining number of Indian students coming to the UK to study, and cited problems faced by them while applying for visas.

Ministry of External Affairs spokesperson said, “The Prime Minister raised the issue [of student visas] very strongly. The Prime Minister said that Indian student numbers in the UK has fallen by 50 per cent in the last three years.”

“The Prime Minister said we are right now in a situation where countries are actually wooing Indian students because India has the biggest education market today. There’s a burgeoning middle class, there is an aspirational upper class that wants to educate its kids abroad and it’s an opportunity to tap into what has become a big economic market,” he said.

Speaking on the British PM’s response to the issue, he said, “There was a lot of understanding and appreciation. This is a matter for continued discussion. I don’t think we can close the chapter on this.”

The Conservatives’ drive to decrease net migration has an adverse impact on the recruitment of international students, Universities have previously warned. One of the important factors behind the decrease of students applying to higher studies in the UK is the removal of post-study visa route, which allowed students to work for two years after finishing their course.

More students now seem to preferring the US and Australia over UK.