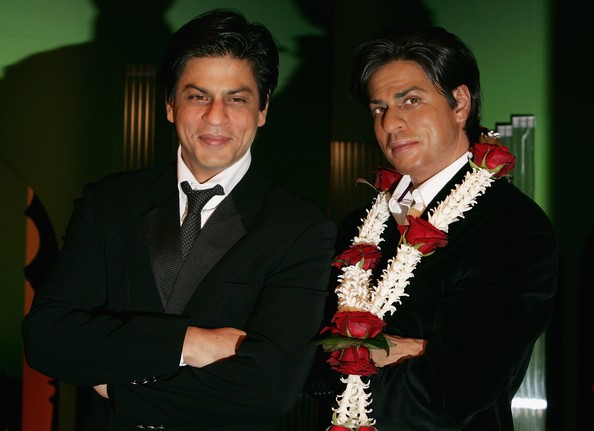 If you were wondering that you would have to go all the way to UK to visit Madame Tussauds’, world famous Wax Museum; well you may not have to as the museum will open its new venture in New Delhi for Bollywood stars. This venture is a part of the India-UK Year of Culture in 2017, which was officially announced in London coinciding with Prime Minister Narendra Modi’s visit to the UK.

Bollywood stars such as Amitabh Bachchan and Katrina Kaif are among the most popular exhibits at the famous waxworks in London.

According to the announcement by British Prime Minister David Cameron, a Shakespeare First Folio, treasures from the British Museum and a copy of the Magna Carta will go on touring displays in India for the 2017 cultural exchange. A festival of India will be staged in the UK during the year.

“The great partnership between India and the UK extends beyond economic ties to the boards of The Bard and the beaches of Bollywood. We have some of the best cultural exports in the world – and it’s about time we celebrated this, together,” Prime Minister Cameron said.

The British Library will be digitising 200,000 pages of their South Asian archives, making India books from 1714 to 1914 accessible around the globe. A year long-programme to celebrate the 70th anniversary of Indian independence and UK cultural ties has been announced by Mr Cameron.

The Year of Culture 2017 will see an exciting festival of events celebrating the vibrant cultural history of the 2 countries. Top UK institutions will partner with their Indian counterparts to strengthen cultural and economic ties between the two nations, and showcase British creativity on the global stage.

“The great partnership between India and the UK extends beyond economic ties to the boards of The Bard and the beaches of Bollywood. We have some of the best cultural exports in the world and it’s about time we celebrated this, together. To mark the start of this cultural pairing, the British Library will be digitising 200,000 pages of their South Asian archives,” Mr Cameron said.

“Two centuries of Indian print will be part of a major programme to make the wealth of Indian printed books held by the British Library dating from 1714 to 1914 accessible to anyone around the globe,” he said.

The parent group of Madame Tussauds’, Merlin, is set to invest 50 million pounds in India over 10 years, rolling out other UK favourites such as Sea Life aquariums and Legoland Discovery Centres across Indian cities.

Two of the most iconic British texts will tour India as part of the programme. The British Library will showcase Shakespeare’s First Folio the first collected edition of the Bard’s plays and the 1225 edition of the Magna Carta.
One of India’s premier museums the CSMVS Mumbai will tell the story of Indian civilisation in the context of world history using some items on loan from the British Museum.

The UK is already a big hit with Indian tourists. Last year saw a record breaking 400,000 visits to the UK from India and in the first half of 2015 Indian tourists spent 199 million pounds during their stays.