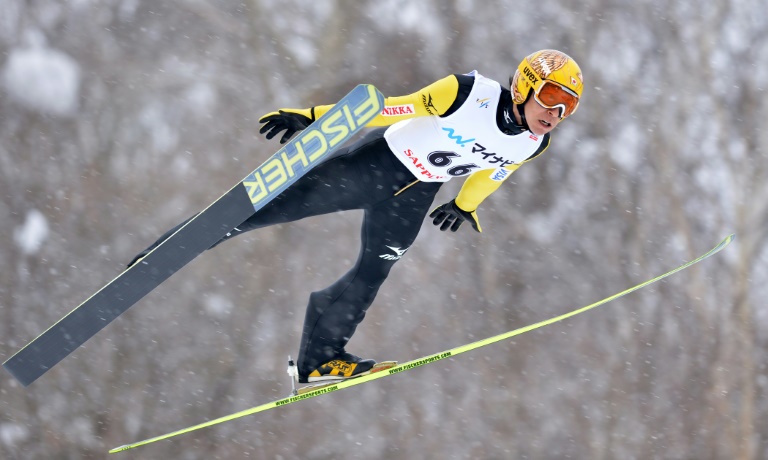 A day after former international Kazuyoshi Miura expressed a desire to continue playing J-League football into his fifties, ski jumper Noriaki Kasai has raised the prospect of extending his career in the daredevil winter sport.

The 43-year-old Kasai has defied the odds by staying competitive on the World Cup circuit in recent years, posting his 17th victory, in Kuusamo, Finland last November, to become the oldest ever winner — a staggering 22 years after his first title.

“I’ve spoken (with Miura) about a lot of things,” Kasai told Japan’s Nikkan Sports daily on Friday before flying out to Europe for a training camp.

“We both inspire each other and want to keep competing. For me too, I still want to be competing at the world’s top level when I’m 50.”

Japan is ageing at a faster pace than any other developed country and has the longest life expectancy according to the World Health Organisation — the nation’s turbo-charged golden oldies holding a slew of sporting world records.

Earlier this year, 100-year-old Mieko Nagaoka became the first centenarian to compete a 1,500-metre freestyle swim in the 100-104 age category, while Hidekichi Miyazaki recently broke his own 100-metre sprint world record after moving up to the over-105 age group.

Once Asia’s best-known footballer, former Japan striker Miura signed a new deal with J-League second division club Yokohama FC earlier this week to prolong an illustrious career which has taken him to Brazil, Italy and Croatia.

And at the ripe old age of 43, Kasai is driven by the urge to win the one title that has eluded him — Olympic gold.

“When you get to this age, your jumps get a little stiffer but if I look after myself, hopefully I can get results in the World Cup,” said the Hokkaido-born jumper, whose last realistic chance at Olympic glory is likely to be in Pyeongchang in 2018.

He will be 50 when the 2022 Beijing Winter Games rolls around.

“I know it won’t be easy but I want to win a gold medal there,” added Kasai, who won silver at the 1994 Lillehammer and 2014 Sochi Olympics.

“It’s still some way off so I’m not too focused on it yet. Ask me a year before.”