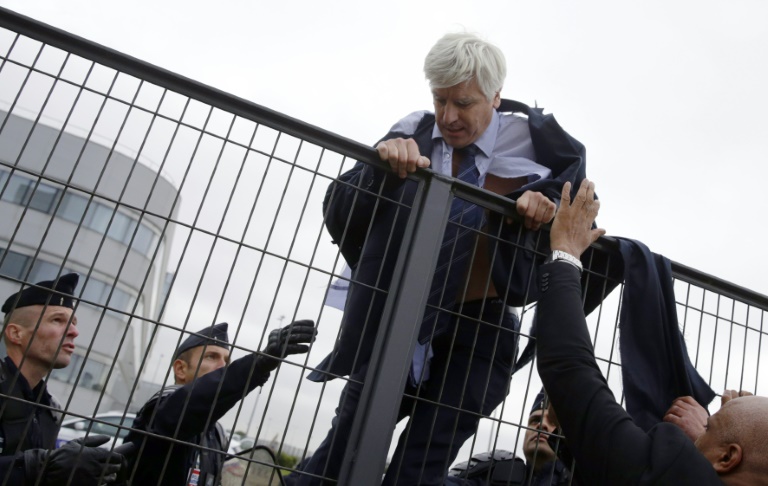 Air France said Thursday it had sacked four employees and started dismissal proceedings against a union representative over chaotic scenes last month when two of its executives had their shirts shredded by angry militants.

In pictures carried by media across the world, human resources chief Xavier Broseta, naked from the waist up, had to scale a fence after he was pursued from a meeting about restructuring proposals at the troubled airline.

Another executive, Pierre Plissonnier, also had his shirt and jacket ripped.