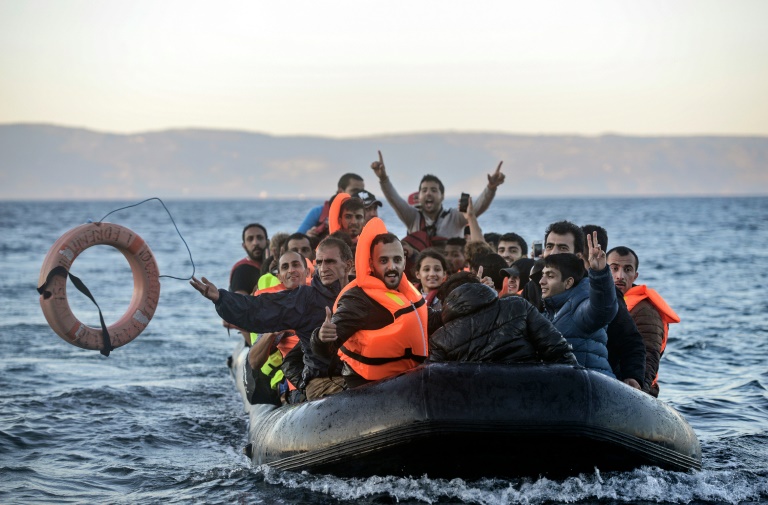 EU leaders on Thursday struck an aid-for-cooperation deal with Africa and proposed a summit this year with Turkey in a two-front push with wary partners to tackle an unprecedented migrant crisis.

Meeting with their African counterparts in Malta, the leaders approved a 1.8-billion-euro plan to fight poverty in Africa while accelerating the repatriation of failed asylum-seekers, despite open reluctance from the African side.

The leaders from the 28-nation European Union later huddled separately before announcing plans for a summit in Brussels with Turkey, likely this month but before the end of the year.

President Jean-Claude Juncker announced that his European Commission, the EU executive arm, would offer 500 million euros to Turkey and urged member states to come up with a further 2.5 billion euros in aid to help Turkey cope with 2.2 million asylum seekers on its soil, most of them from war-torn Syria.

The announcements marked a two-front push by the EU to regain control of its external southern and eastern borders which roughly 800,000 asylum seekers have crossed this year in the biggest migratory flux in Europe since World War II.

The bulk of them have come via Turkey, but the EU sees the problems in Africa driving migration as long-term.

“We have decided that we will have the summit with Turkey,” EU Council President Donald Tusk told a press conference in a new bid to court President Recep Tayyip Erdogan who last month dismissed EU overtures for cooperation as insufficient.

Tusk said the migratory pressures on governments had left the bloc’s border-free Schengen zone on the brink of collapse after Sweden reinstated temporary border controls and Slovenia rolled out razor-wire, the latest EU nations to put up barriers to asylum seekers.

“Saving Schengen is a race against time and we are determined to win that race,” the former Polish prime minister said, referring to a passport-free zone that is a mainstay of a united Europe.

The EU-Africa action plan is to be underpinned by 1.8 billion euros ($1.9 billion) of initial EU funding for an ‘Emergency Trust Fund’ which will provide finance for development projects designed to address the root causes of migratory pressures including poverty, conflict, repressive governance and the unsafe conditions endured by the millions of people displaced across Africa.

The money is coming from the EU’s collective budget and the bloc’s 28 member states have been asked to match it with contributions of their own.

The national pledges to date however have totalled just 78.2 million euros, in an underwhelming response that officials in Brussels partly blame on populist pressure on governments to be seen taking a tough line on the migrant issue.

In a reflection of the acrimonious mood, Senegal President Macky Sall used the closing press conference to take a swipe at Western neo-colonialism, claiming African governments would have no need of aid if they could collect 60 billion euros lost through tax avoidance by multinationals and other “fraudulent” activities.

In a nod to African fears of a “fortress Europe” pulling up the drawbridge, Thursday’s deal calls for more opportunities for legal migration. But the only concrete step agreed was a scheme to expand scholarships for students and academics to come to Europe.

Oxfamâ€™s migration policy expert Sara Tesorieri said the EU and its member states must ensure the fund will be used to help vulnerable people rather than build barriers and bribe governments.

“EU and African leaders have agreed on many fine words at Valletta. Now they need to live up to them. This will be impossible if the EU continues to prioritise its border security over its fundamental values,” Tesorieri said.

Sall said the deal with the EU did not offer anything like the money needed to address Africa’s problems and accused the Europeans of exaggerating the scale of African migration to Europe and “putting too much emphasis on readmission (of illegal immigrants), perhaps because of public opinion.”

The International Organisation of Migration said Africa accounts for around 140,000 of the 800,000 people who have fled to Europe this year.

African leaders like Sall have also complained of “double standards,” with the Europeans perceived to be welcoming Syrians and others but not their citizens.