Home Face Off The modern policymaker 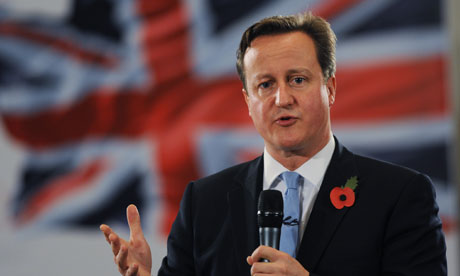 He is distantly related to the Queen; He is Eton educated and is the youngest British prime minister since 1812.

Youthful and slick, he has promoted a style of compassionate conservatism reminiscent of US President Bush’s campaign strategy in 2000.

His administration has introduced large-scale changes to welfare, immigration policy, education and healthcare in the UK.

A descendant of King William IV’s, he was born into a wealthy British family. Cameron was raised in Berkshire by father Ian, a Stockbroker, and mother Mary Fleur, a retired Justice of the Peace.

An excelling student at the Heatherdown Preparatory School, Cameron entered its top academic class two years early and went to Eton College, described as one of the most famous independent schools in the world, at the age of 13.

Before settling down to student life, he broadened his horizons by taking a gap year. During this time he gained valuable experience working for a Sussex MP, then headed east to take up a post with a shipping agent in Hong Kong – returning on an extended rail trip through the Soviet Union and Eastern Europe.

Cameron shunned student politics during his time at university, throwing himself into sporting activities such as tennis
He received his Bachelor of Arts degree in philosophy, politics and economics, and attended Brasenose College, Oxford, from which the graduated in 1988 with a first-class honors degree.

Upon graduating, Cameron worked for the Conservative Party’s research department, where he remained for five years.
In 1991, Cameron began briefing then-Prime Minister John Major. Later, he was recruited by the Home Secretary to work for him, primarily in a media relations role. In 1994, Cameron left politics to work as the director of corporation affairs at Carlton Communications, a British media company.

He resigned from that role in 2001, in order to continue his pursuit of a Parliamentary seat.

In 2001, he won the Conservative seat of Witney, paving the way for his rise up the political ladder.

His win was due in large part to his vow to inspire a new generation; he wanted people to “feel good about being Conservatives again.”
Seeking to modernize the party and drop it’s right-wing image, Cameron dazzled the Conservative Party and the populace with his bold eloquence, and positioned it well for the 2010 general election; when Gordon Brown resigned as prime minister, Cameron replaced him.

At age 43, Cameron became the youngest prime minister of the United Kingdom since 1812. In his first address outside 10 Downing Street, he announced his intention to form a coalition government, the first since the Second World War, with the Liberal Democrats.

In 2011, Cameron criticised the failure of ‘state multiculturalism’, in his first speech as PM on radicalisation and the causes of terrorism.

He was also the first prime minister in over 100 years to lose a foreign policy vote in the House of Commons in regards to the Syrian civil war’s Ghouta chemical attack.

Amongst other notables, he agreed to hold the Scottish independence referendum, 2014 and eliminated the “devomax” option from the ballot for a straight out yes or no vote. Furthermore, Cameron was the first foreign leader to visit Jaffna since the end of the Sri Lankan civil war.

His administration has introduced large-scale changes to welfare, immigration policy, education and healthcare, by introducing the Welfare Reform Act of 2012, the Education Act of 2011, the Health and Social Care Act of 2012 and a range of immigration reforms from 2010 onwards, culminating in the Immigration Act of 2014.

In 2011, Cameron became the first British Prime Minister to ‘veto’ an EU treaty.

Cameron describes himself as a “modern compassionate conservative” and has spoken of a need for a new style of politics. He has also claimed to be a “liberal Conservative”, and “not a deeply ideological person.”
He has urged politicians to concentrate more on improving people’s happiness and “general well-being”, instead of focusing solely on “financial wealth”.

There have been claims that he described himself to journalists at a dinner during the leadership contest as the “heir to Blair”.

Cameron married Samantha Sheffield, the daughter of Sir Reginald Sheffield, 8th Baronet in 1996, and they have had four children together. Their first child, Ivan, died at the age of 6, from a combination of cerebral palsy and a form of severe epilepsy.
An estimate of his worth is £3.2 million, though this figure excludes the million-pound legacies Cameron is expected to inherit from both sides of his family.

Before becoming prime minister, Cameron regularly used his bicycle to commute to work. In early 2006, he was photographed cycling to work, followed by his driver in a car carrying his belongings.