Home World Climate & wine: Is it still Bordeaux without Merlot? 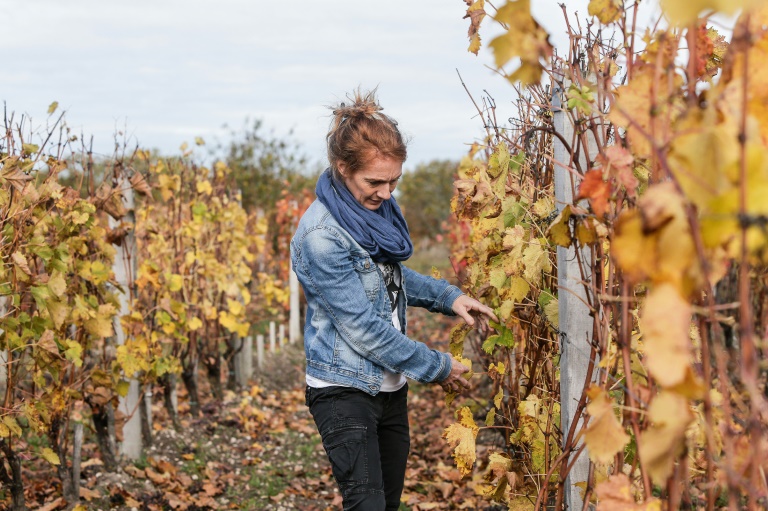 Can the world’s most storied wine region adapt to climate change without losing its identity? This is the question haunting the Bordeaux region as the threat of global warming looms ever larger.

Concretely, it may boil down to this: Without Merlot, will it still be Bordeaux?

The dry, hot conditions that shaped the 2015 vintage, and are likely to prevail in coming years, “don’t worry winemakers for now because the early harvests improve quality,” said Bernard Farges, president of the Interprofessional Committee for Bordeaux Wines.

At the same time, they know that the most sun-sensitive grape varietals — especially Merlot, by far the most planted in the region — are headed for trouble.

“Within 20 or 30 years, Merlot will probably ripen in August, and that will clearly compromise the quality of the wines because they will lack freshness and have too much alcohol,” said Kees van Leeuwen, a researcher at the National School for Agricultural Sciences.

And so Bordeaux winegrowers have turned to science to help them find ways to once again extend the maturation of this signature red grape — as well as others — into the crisp autumn nights.

The first counter-attacks against a warming climate are growing more bunches per vine, and partially shading the grapes from the sun.

A next step will be to identify and plant rootstocks — the live root structure and trunk to which different varietals can be grafted — that can better withstand warmer temperatures.

Both of these measures are uncontroversial and would buy winegrowers time. But eventually they would face tougher choices about how much of which grapes to use.

And this could subtly alter the signature aromas that have defined Bordeaux wines — almost all of which are assembled from more than one varietal — over the centuries.

The region’s prestige wines — Margaux, Saint Emilion, Pomerol in red, for example, or Sauternes in white — must be made of certain grapes in specific proportions to have the right to display their famous names.

Climate change may force a revision of these rules.

Petit Verdot, another grape that naturally matures late, is also present in Bordeaux, though currently only covers about one percent of vineyards.

In a few decades, it may no longer have such a marginal status.

Beyond adjusting the mix in assembled wines lies a step that remains heretical to most connoisseurs: adding new varietals into the mix.

“By 2040 to 2050, we may need to introduce grapes that are not today cultivated in Bordeaux in order to have a pallette of varietals that mature at the optimal moment for great wines,” said van Leeuwen.

In anticipation of that day, the Institute of Vine and Wine Sciences of the University of Bordeaux has been experimenting since 2009 with more than 50 new varieties to see which come closest to the recognisable Bordeaux taste.

In October, for the first time, 20 of these grapes were turned into wine, and stacked up against the region’s traditional varietals.

Among them is tinto cao, a Portuguese grape that is today used to make top grade portos.

Scientists say that the Atlantic climate around Porto is close to what Bordeaux’s is predicted to be in 30 or 40 years, with an additional two or three degrees Celsius (three-and-a-half to five degrees Fahrenheit).

Some Bordeaux winegrowers have petitioned for the right to plant one or two percent of their vineyards in varietals currently not authorised in order to conduct similar experiments.

“It won’t change the taste of Bordeaux if we switch one percent of the grapes,” said Jeremy Ducourt, an oenologist working on the project.

“At the same time, we will learn things, and we will have gotten the winegrowers involved and explored new techniques so that we’ll be ready in 10 years when we will have to do this officially.”

“We are working on it,” said Farges. “We think we have permission from the European Commission so that the rules for will allow the addition of experimental plots in 2016.”

Even then, he added, it would take five years before there was anything to sample or taste. “It takes a long time, that’s why we have to start early,” he said.