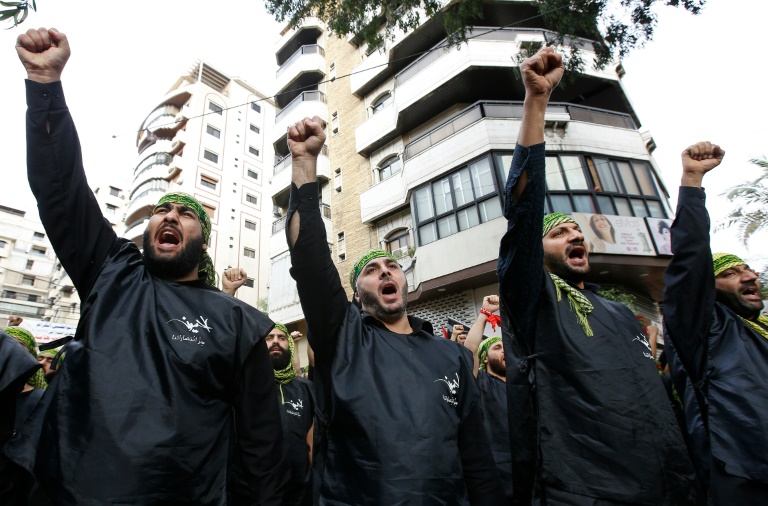 Police said two men on foot set off suicide vests in front of a shopping centre in Burj al-Barajneh, in the southern suburbs of the capital, where the movement is popular.

“The toll has risen has risen to 16 dead, there are dozens of wounded and this will not be the final toll,” a Red Cross official told AFP.

An AFP photographer saw extensive damage to buildings around the site of the blast and bodies inside some of the nearby shops.

There was blood on the streets, and security forces were trying to cordon off the scene and keep people from gathering.

The blast is the first to target Beirut’s southern suburbs since June 2014, when a suicide car bomb killed a security officer who had tried to stop the bomber.

But prior to that, a string of attacks targeted Hezbollah strongholds throughout the country.

Between July 2013 and February 2014, there were nine attacks on Hezbollah bastions, most claimed by Sunni extremists.

The groups claimed the attacks were in revenge for Hezbollah’s decision to send thousands of fighters into neighbouring Syria to support President Bashar al-Assad’s forces against a Sunni-dominated uprising.