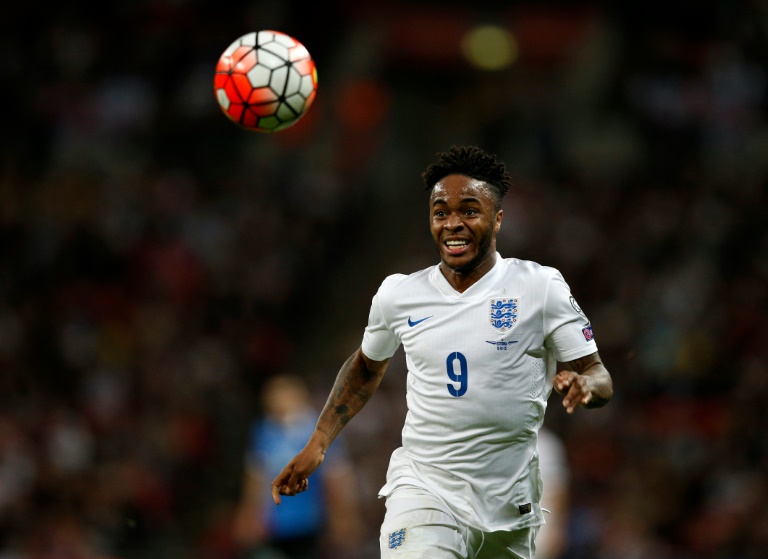 Despite his tender age, England sensation Raheem Sterling has proved he isn’t short of confidence on the international stage by already setting his sights on becoming an all-time great for his country.

Sterling, 20, has racked up 18 appearances for England, scoring twice, since bursting into Roy Hodgson’s side just prior to the 2014 World Cup.

His first taste of a major international tournament was bittersweet as England were dumped out after just two games in Brazil.

However, the Manchester City winger has spearheaded the revolution in the England side as a younger core of players that has come to the fore in a remarkably successful campaign for Euro 2016 that saw Hodgson’s men win all 10 of their qualifiers.

Sterling has seen England captain Wayne Rooney and former Liverpool mentor Steven Gerrard pass into the pantheon of just nine Englishmen to have represented their country over 100 times in recent years.

Hodgson has backed his prodigy to reach the same mark and Sterling admitted that is one of the primary goals he has in mind.

“I’m not going to hide anything. I want to do my best for the country, be up there with some of the great players and hopefully achieve 100 caps in the future,” he said as England prepare to face Spain in a friendly in Alicante on Friday.

“I have 18 now and if I keep working hard and doing well for my club hopefully I will be picked for a few more squads. I know it is going to be a long way away but that’s definitely my ambition.”

Sterling’s lofty ambitions are to be admired, but he hasn’t shied away from making tough decisions in his short but topsy-turvy career so far.

No more so when turning down lucrative offers to stay at Liverpool last season in favour of a Â£49 million ($74 million) move to City in July.

With City top of the Premier League and having already sealed their place in the last 16 of the Champions League thanks to a Sterling-inspired 3-1 win away to Sevilla last week, that decision seems to have been the right one.

However, he had to withstand a barrage of criticism from fans and media for reportedly turning down a six-figure weekly salary to remain at Anfield.

“It was difficult, but my family helped me get through it. Now I’m just really happy where I am and to take my career forward from there and not try to look back on the past,” he added.

“Everything was going on and there were people that didn’t agree with it. Everyone is entitled to their opinion, and my opinion was it was time for me to move on.

“I’ve not proved anyone wrong. I just thought at the time that was right for me and my heart was saying that is what I should do. I’ve no regrets, they are both two big football clubs and I’m just happy with how my development is going at this moment in time.”