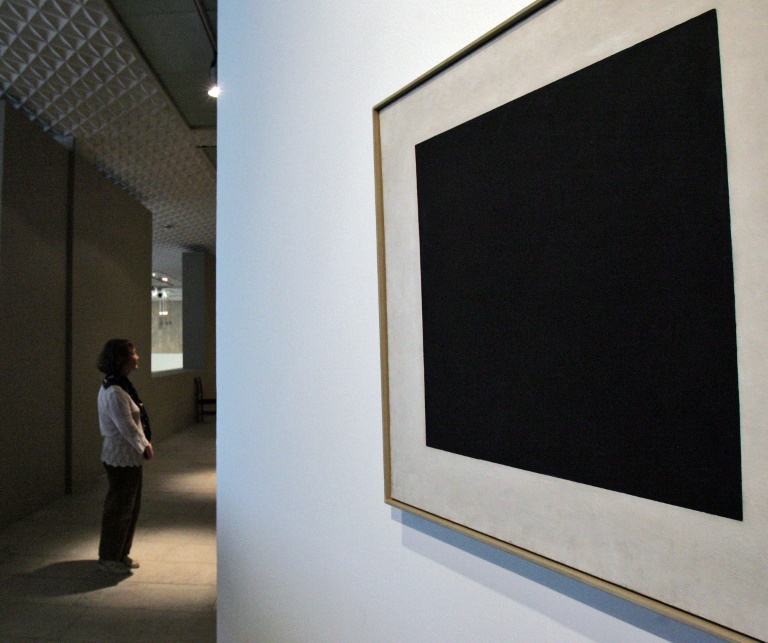 Art experts in Russia say they have discovered two earlier paintings hidden under a monochrome masterpiece by Kazimir Malevich, and an inscription by the Russian avant-garde artist that may shed light on the meaning of the work.

Moscow’s Tretyakov Gallery — which houses one of three versions of the iconoclastic art work “Black Square” — uncovered two Cubist images underneath the top coat of black paint as they investigated it using X-rays for its centenary this year.

“It was known that under the Black Square, there was some underlying image. We found out that there is not one image, but two,” Yekaterina Voronina, an art researcher at the Tretyakov, told the state-run Kultura television channel.

“We proved that the initial image is a Cubo-Futurist composition, while the painting lying directly under the Black Square — the colours of which you can see in the cracks — is a proto-Suprematist composition,” she said

Also found on the white border surrounding the black square was an inscription in Malevich’s handwriting that, while it still being deciphered by analysts, seems to read “Negroes battling in a cave”.

This is apparently a reference to a much earlier painting of a black square, called “Combat des Negres dans une cave, pendant la nuit” (“Negroes Fighting in a Cellar at Night”) by French writer and humorist Alphonse Allais, painted in 1897, Kultura reported.

If correct, this would cast new light on Malevich’s creation of the painting, showing it was in a dialogue with the French picture.

Malevich first embraced Cubo-Futurism, a Russian avant-garde art movement of the 1910s combining Cubism with the ideas of European Futurism.

He then came up with the concept of Suprematist art — rejecting the idea of representative art in favour of basic geometric shapes, and “Black Square” was his manifesto.

Malevich said art depicting nature “resembles something alive as much as skirts resemble a woman.”

The original “Black Square” that is on display at the Tretyakov was painted in 1915. Malevich later created two other versions.

In Russian, the painting is known as “Black Suprematist Square”.

A spokeswoman for the Tretyakov Gallery confirmed the report to AFP, saying the gallery will present the findings at an exhibition opening Wednesday.