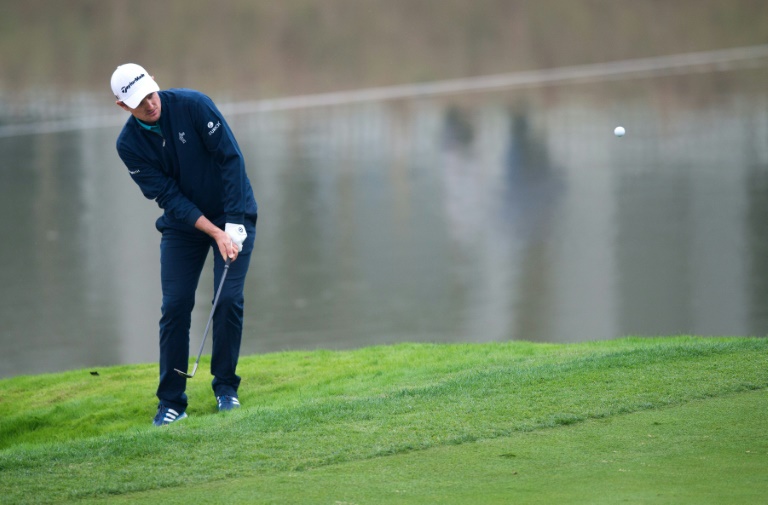 Justin Rose is the leader of the pack trying to chase down Rory McIlroy at the top of the Race to Dubai standings after an opening five-under par 67 in the BMW Masters on Thursday.

Spain’s Sergio Garcia leads the $7 million event in Shanghai after an eight-under first round of 64 but Danny Willett, just 74,213 points behind McIlroy at the penultimate event of the European Tour season, had a disappointing even-par 72.

“I played OK today,” said Rose, who is seeking a double on Chinese soil, having won in his last outing at the Hong Kong Open last month.

“I was only one-under through 11, though. I could see a lot of the other guys were going low today and I tried to urge myself to sort of get it to three or four-under for the round, and actually beat my own expectations and finished five-under.

“Very happy with how I played the last seven or eight holes, and it was a good day’s work in the end.”

McIlroy is sitting out the BMW Masters, leaving him in a precarious position atop the Race to Dubai standings as challengers close in behind him.

The world number three will return for next week’s season finale, the DP World Tour Championship in Dubai, as he bids to be crowned Europe’s number one for the second year running.

Willett carded a best-of-the-week 62 on Sunday to finish third in the WGC-HSBC Champions across Shanghai at Sheshan International Golf Club, but he could not reproduce that form on Thursday.

“It was a strange one last week, the game’s not felt great,” said the English world number 22 who needs to finish 28th or better this week to overtake McIlroy but lies tied 48th after the first round.

“Just couldn’t quite get things going today. Drove it well. Didn’t hit it close enough to make anything. Just a very stale day.”

World number 11 Garcia carded nine birdies and a single bogey on his debut at Lake Malaren to lead by one stroke from South Korea’s An Byeong-Hun and France’s Victor Dubuisson, who is in fine form after winning the Turkish Airlines Open a fortnight ago.

“Conditions were quite good, not much wind,” said Garcia. “A little bit of a drizzle but other than that it was good. I drove the ball very well and that gave me a lot of opportunities to hit some good iron shots.”

Apart from Rose and Willett, none of the other three players who can knock McIlroy off his perch with a win this week made a significant move on a windless day with greens softened by rain that made for good scoring conditions, with 38 of the 78-man field breaking par.

Shane Lowry of Ireland, third in the Race to Dubai, had a two-under 70 for a share of 24th place as did South Africa’s Louis Oosthuizen, who is fourth in the standings. Each of them need to finish second at least to overtake McIlroy.

Oosthuizen’s fellow South African Branden Grace, who is sixth and needs a win this week to move ahead of McIlroy, was one shot worse on 71.

Tied for fourth on six-under were Denmark’s Lucas Bjerregaard, runner-up to Rose in Hong Kong, and England’s Ross Fisher who lost here in a playoff last year to Germany’s Marcel Siem.