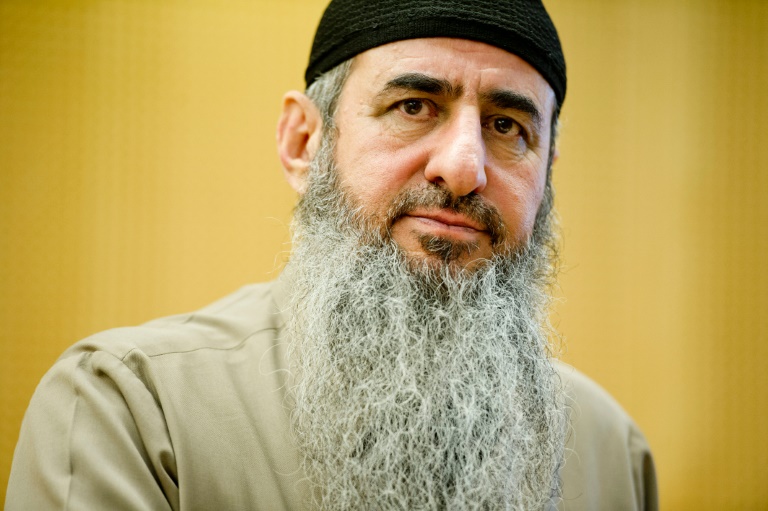 Police on Thursday announced a swoop on a European jihadist network that was allegedly planning to kidnap diplomats and carry out attacks to try to spring its leader out of detention in Norway.

Seventeen arrest warrants were issued and 13 people were detained in Italy, Britain and Norway, according to Eurojust, the EU’s Judicial Cooperation Unit.

The other wanted suspects were believed to be fighting in Iraq or Syria for the Islamic State (IS) group, according to Italian police, who lead the operation.

Investigators said the network was trying to free Norway-based fundamentalist preacher Najmuddin Ahmad Faraj — also known as Mullah Krekar — who is listed as a terrorist by the United States and United Nations.

Krekar has been serving time since 2012, apart from a brief period at the beginning of this year. He was freed in January after completing his sentence for intimidation and death threats, but rearrested at the end of February for inciting crime.

Giuseppe Governale of the Italian police’s Special Operations Group told journalists the operation had “dismantled an integrated cell that included — in addition to Italy — Britain, Norway, Finland, Switzerland and Germany”.

The sting on the cell, which was “affiliated with IS”, was “the most important police operation in Europe in the last twenty years”.

The network developed “on the ‘dark web’, little-known (Internet) platforms that we have managed to penetrate,” Governale said, adding that the swoop has allowed police to scupper “a process of recruitment, of sending (fighters) into combat abroad”.

Governale said the network “was about to continue sending many other jihadists abroad; it was about to carry out attacks, including suicide bombings, to try to free their chief, Mullah Krekar”.

They were planning “attacks against Norwegian and British diplomats in the Middle East”, including “kidnappings to allow them to negotiate Krekar’s release in exchange for prisoners”, as well as attacks on “members of parliament in Norway”.

The 59-year-old Krekar, a Kurdish Iraqi, has been living in Norway since 1991. He has been at risk of deportation since 2003 after Norwegian authorities ordered him to be expelled as a threat to national security.

He has been accused of inciting racial hatred and is renowned for inflammatory statements, including declaring Al-Qaeda mastermind Osama Bin Laden “a good Muslim” and comparing former American president George Bush to Adolf Hitler.

While courts upheld the expulsion ruling, Norwegian law bars him from being deported to Iraq, where he risks the death penalty.

Krekar founded the radical Islamist group Ansar al-Islam, but insists he has not led it since 2002.

Norway’s Justice Minister Anders Anudsen said Italy had requested Krekar’s extradition but Oslo would first need assurances that “Italy would not send Krekar to Iraq”. If granted, the extradition would be done as quickly as possible, he said.

Krekar’s lawyer Brynjar Meling said his client was innocent and had been in prison without Internet access for four years. He said he would fight any extradition attempt and any appeal process would take “between two and three years”.

British police confirmed their counter terrorism units had arrested three men in their 30s and a 52-year-old from four separate locations in the Midlands and north east of the country as part of the sting.

The four, seized under European arrest warrants, were due to appear in a London court.

Italy said the arrests were the culmination of an investigation dubbed “Jweb” launched in 2010 after the discovery of a website called “jarchive”, which contained material related to Al-Qaeda and its affiliate organisations.

A probe led first to Kurdish Iraqi Abdul Rahman Nauroz, who visited the site and showed “clear signs of radicalisation”, after which investigators wire-tapped his phone and discovered a network of people headed by Krekar.