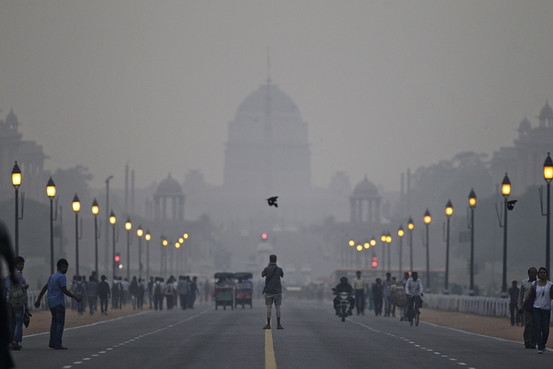 With pollution levels rising above 34 percent and Delhi witnessing thick chocking smog, this year’s Diwali has not really been so good for the capital.

Before midnight after an evening of celebrations and fireworks, levels of coarse pollution particles had risen to more than ten times the safe standard for 24 hours in almost all parts of the city.

“290 fire-related incidents were reported on Diwali. All incidents were minor. No big casualty was reported,” an official of the fire department said on Thursday.

As many as 128 calls were received after midnight, said the official, adding elaborate arrangements were in place to deal with any emergency. He said they were now compiling the data to find out how many fire tenders were used on Wednesday.

According to Delhi Fire Services department, the 6 PM to 9 PM time period is said to be the peak hour for people bursting crackers and this is when majority of the calls were received. Last year, the Fire Brigade officials attended to 220 calls while in 2013, they had responded to 75 calls in the duration.

In 2012, they had received 50-55 calls during this span, while in 2010 they had received 210 calls. The Delhi Fire Services had deployed fire tenders at 20 vulnerable locations in the city including congested areas and key market places in addition to its 56 fire stations.

Around 1,800 personnel of the Delhi Fire Services out of its total strength of 3,000 were on duty while 175 to 180 fire fighting vehicles were operational, the senior official added.