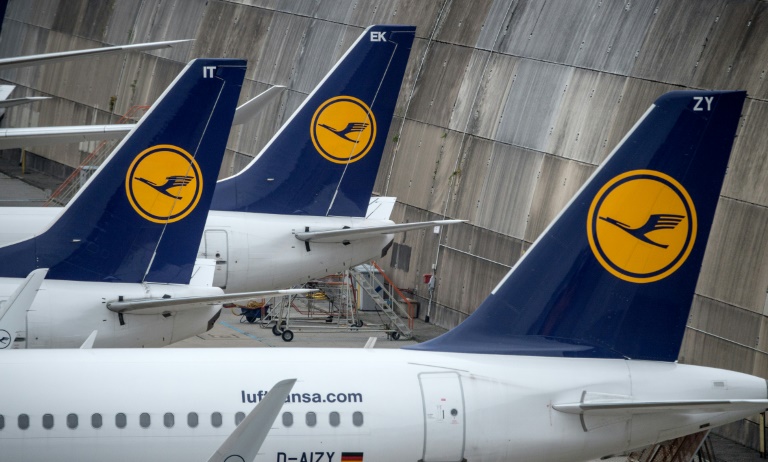 Lufthansa scrapped 930 more flights Wednesday, grounding 100,000 passengers, after losing two court challenges to halt a cabin crew strike that is shaping up to be the worst in the German airline’s history.

The flight cancellations in and out of Germany’s biggest airport, Frankfurt, as well as hubs in Munich and Duesseldorf, come after four days of stoppages that had already forced the airline to cancel 2,800 flights, leaving 330,000 passengers stranded.

The industrial action over a dispute with the UFO flight attendants union regarding cost cuts began on Friday with a pause on Sunday, and is set to go on until Friday.

Lufthansa had sought to challenge the legality of the industrial action through court injunctions but lost both bids.

Its first major setback came late Tuesday when the labour court of Darmstadt, which has jurisdiction for Frankfurt and Munich airports, approved the strike.

The court dismissed the airline’s argument that the union’s reasons for striking were “too vague” and unjustified under German labour law.

The UFO union welcomed the ruling on its website, calling for the strike to continue from 0300 GMT on Wednesday until 2300 GMT on Friday across all flights at Frankfurt, Munich and Duesseldorf airports.

Another court later Wednesday also approved strikes through Friday for Duesseldorf airport, even though a day earlier, the same court had found Tuesday’s stoppage to be illegal.

A Lufthansa spokeswoman said it was looking at whether to appeal against the rulings, adding that the company stands by its position that “the demands for the strike were not clearly defined”.

Lufthansa chief executive Carsten Spohr signalled that he would not cede to the union’s demands, saying the dispute will run for as long as necessary even if he acknowledges that “each day of strike is one too many”.

The airline has been locked in a battle that erupted nearly two years ago with cabin crew over early retirement provisions, which the union wants to remain unchanged.

But Lufthansa argues that the system is too expensive in the face of cut-throat competition from low-cost operators such as Ryanair and Easyjet.

Late Monday, the airline presented a new offer to the union, with improved bonuses and retirement provisions, but UFO called it unacceptable.

This is the first time that cabin staff have staged walkouts in the long-running dispute, which does not affect Lufthansa’s subsidiaries Germanwings, Eurowings, Lufthansa CityLine, SWISS, Austrian Airlines, Air Dolomiti and Brussels Airlines.

It is also separate from another tussle between management and pilots over the company’s plans to change the early retirement arrangements for pilots.

The pilots, who are concerned about Lufthansa’s aim to further develop its low-cost activities, have staged repeated walkouts since 2014, costing the airline 350 million euros ($375 million).

Despite the competitive airline environment, Lufthansa said last week it was raising its full-year forecasts after low oil prices and positive passenger numbers lifted profits in the third quarter.