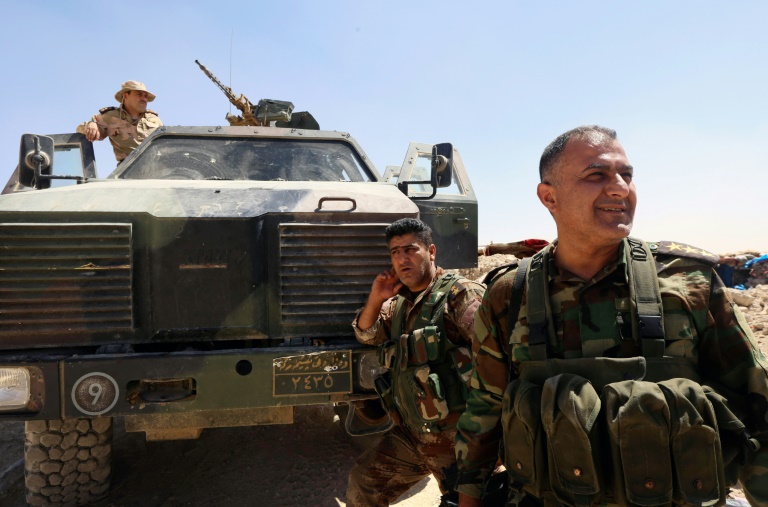 Iraqi Kurdish forces on Thursday launched a major operation against the Islamic State group in the town of Sinjar, which lies on a key supply line for the jihadists, a senior officer said.

“The attack began at 7:00 am (0400 GMT), and the (Kurdish) peshmerga forces advanced on several axes to liberate the centre of the Sinjar district,” Major General Ezzeddine Saadun told AFP.

Columns of smoke rose over the town from US-led coalition strikes and Kurdish shelling against IS positions in Sinjar, an AFP journalist said.

Sinjar is located on a key IS supply line linking Mosul, its hub in Iraq, with Syria, where it also holds large tracts of territory.

Cutting that link would be a major blow to the jihadists’ ability to move fighters and supplies between the two countries.

The autonomous Kurdish region’s security council said up to 7,500 of its peshmerga fighters would take part in the operation, which aims to retake Sinjar “and establish a significant buffer zone to protect the (town) and its inhabitants from incoming artillery.”

IS overran the Sinjar area in August 2014, targeting members of the Yazidi religious minority in a brutal campaign of killings, enslavement and rape described the by United Nations as a possible genocide.

Thousands of Yazidis were trapped on Mount Sinjar, which overlooks the town, and aiding the Yazidis was one of Washington’s main justifications for starting its air campaign against IS last year.