Home Sports IAAF to give verdict on Russia doping response 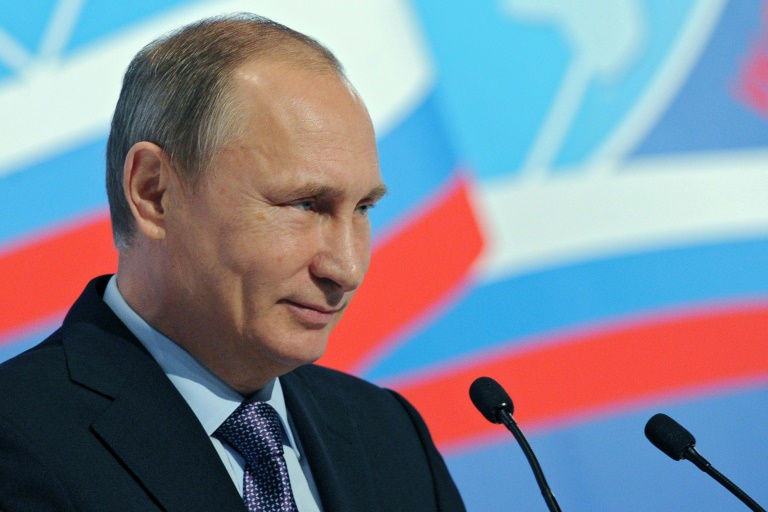 The governing body of world athletics Thursday was considering what action to take against Russia over alleged doping and corruption at the heart of the country’s track and field programme after President Vladimir Putin ordered his sports officials to crack down hard on any wrongdoing.

The International Association of Athletics Federations (IAAF) council was due to hold a conference-call meeting on Friday having told Moscow to respond to the allegations contained in a no-holds-barred report issued by an independent commission of the World Anti-Doping Agency (WADA) on Monday.

The IAAF chief Sebastian Coe said that he was “completely shocked” by the extent of the alleged doping and cover-up and he ordered the IAAF council to consider sanctions against the Russian Athletics Federation.

The author of the 335-page report, Canadian lawyer Dick Pound, said that the Russians should be barred from all athletics competition, even next summer’s Olympics, unless they acted quickly and strongly to stamp out the systemic doping.

The Russian reaction since Monday’s report has been conflicting although the head of the country’s anti-doping laboratory, Grigory Rodchenkov, who WADA said deliberately destroyed almost 1,500 drug samples, resigned his post after his lab was stripped of its accreditation.

Sports minister Vitaly Mutko then said that Russia would consider appointing for the first time a “foreign specialist” to take up the vacant position, but that this would have to be discussed with WADA first.

The fallout from the bombshell report on Tuesday reached as far up the ladder as Putin, who told sports officials in the Black Sea resort of Sochi that they needed to act to stop the cheating.

“We must do everything in Russia to rid ourselves of this problem,” Putin said in footage shown on Russian television of the meeting — ironically called to discuss the country’s preparations for Rio 2016.

“We must carry out our own internal inquiry,” he said, telling sports officials to show “the most open and professional cooperation with international anti-doping authorities”.

“This problem does not exist only in Russia, but if our foreign colleagues have questions, we must answer them,” he said.

It was the first time Putin, himself an avid sportsman, had commented publicly on the charges.

The country’s second-largest bank VTB, meanwhile, said it would not renew a sponsorship contract with the IAAF, but insisted the decision had nothing to do with the doping scandal engulfing the Olympic’s flagship sport.

One of the IAAF council members considering what action to take against Russia, legendary Ukraine pole-vaulter Sergei Bubka, warned that it would be wrong to punish innocent athletes for the transgressions of others.

“All those involved, officials, managers or coaches, must pay the price,” he said in an interview with the AIPS world sports journalists association.

“But ordinary athletes, those who have nothing to do with this matter, should not have to miss a single competition.”

The IAAF, he said, needed to live up to its responsibilities as an important player on the world sports stage but it must take it “case by case, person by person.”

Mikhail Butov, the Russian athletics federation’s secretary general and also one of the 27 council members of the IAAF who will meet on Friday, conceded that doping was an issue.

“We are conscious of the problem that we’ve got. We’ve got a problem with doping,” he admitted to the BBC.

The crisis engulfing athletics comes hot on the heels of a massive corruption scandal at world football’s top body FIFA and as cycling is still recovering from the Lance Armstrong doping scandal.

On Wednesday shamed former IAAF president Lamine Diack, 82, who is facing corruption charges, resigned from his position on the International Olympic Committee (IOC).

Olympic chief Thomas Bach, in his first reaction to WADA’s findings, said the report was “sad and shocking”, pointing to allegations that some officials demanded vast sums of money to hush up positive dope tests.

“I would never have imagined that in an international federation, money would be solicited from athletes to manipulate results,” said the International Olympic Committee president.

Fears are growing that the scandal could widen to include other countries and other sports, as WADA suggested in its report.