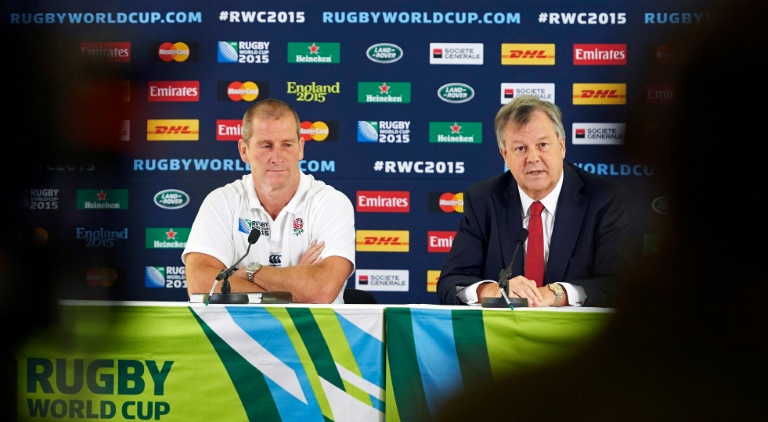 Rugby Football Union chief executive Ian Ritchie said Wednesday that England were determined to appoint a coach of “proven international experience” in succession to Stuart Lancaster — however long it took.

England’s dismal World Cup campaign set the seal on Lancaster’s three-and-a-half years in charge, with the RFU announcing earlier on Wednesday he had left his post by “mutual consent”.

Under Lancaster — who had little prior elite rugby experience — England became the first host nation to fail to get out of the group phase at the recent World Cup.

RFU chief executive Ritchie said the decision to replace Lancaster had been “unanimously accepted” by the governing body’s board.

England’s next match is their Six Nations opener away to Scotland on February 6, with the squad due to be announced in January.

But, despite that timescale, Ritchie said the RFU would not rush the appointment of Lancaster’s successor.

“The most important thing is to get the right person,” Ritchie told a Twickenham news conference.

“It’s very important we get a head coach of proven international experience. Speed is important, but the right person is more important.”

Ritchie’s comments paved the way for England to appoint their first overseas coach, with former South Africa boss Jake White and Australia’s Michael Cheika among those linked with the job.

Few domestic candidates, other than members of the current backroom staff or former coaches such as 2003 World Cup winning supremo Clive Woodward, have the international experience that Ritchie deems so essential.

Ritchie refused to be drawn into naming a shortlist on Wednesday but refuted an Australian press report that RFU president Jason Leonard, the former England prop, had approached Cheika.

The RFU chief executive said the decision to dispense with Lancaster, who only last year was given a new contract taking him and his assistants to beyond the 2019 World Cup in Japan, had been taken after consultation with 59 people closely involved with the England team, including the players.

“Nobody is more disappointed than (RFU chairman) Bill (Beaumont), Stuart or myself about our performance at the Rugby World Cup,” said Ritchie.

“We conducted a comprehensive review. The panel saw 29 people, I spoke privately and at length with another 30 people and gave those views back into the panel.

“After the conclusion of the panel, I spent several hours with Stuart and together concluded that it was time for a change of head coach. This action was unanimously endorsed by the RFU board.”

Ritchie added Lancaster would not be moved to another job in the RFU hierarchy.

“For a new head coach, it’s very difficult for the previous head coach to be sitting there within the organisation…We felt it was right to make a clean break.”

Ritchie appointed Lancaster and last year was responsible for giving him a contract that ran until 2020.

In September, just prior to the start of the World Cup, Ritchie said he would accept â€œresponsibilityâ€ for appointing Lancaster if the team fell short at the World Cup.

But on Wednesday, Ritchie insisted he had not considered his own position and was adamant he was still the right man to oversee the appointment of a new coach.

“Of course I feel personally about what’s happened and what’s gone on,” Ritchie said.

“I think it’s equally important, though, that I continue to deliver for the organisation and move it forward.

Beaumont, sitting alongside Ritchie, added: “Ian has the full support of the board in going out and recruiting the best coach we can get.

“We’re thoroughly behind Ian in the process and I think what he’s done over the four years he’s been here… we’re in a pretty good state,” added Beaumont, England’s 1980 Grand Slam-winning captain.

Meanwhile Ritchie said the future of Lancaster’s assistants — Graham Rowntree, Andy Farrell and Mike Catt — would be a matter for the new coach.

“The assistant coaches remain under contract. The head coach will want to have look at what he’s got in terms of assistants.”