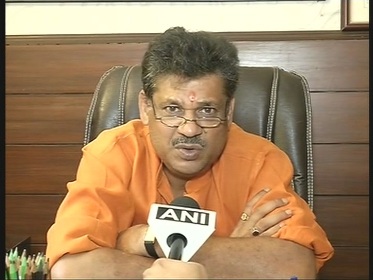 Former Indian cricketer and Bharatiya Janata Party MP Kirti Azad has said that the Delhi and District Cricket Association (DDCA) is full of ‘muck’, adding that it was proper that the Central Bureau of Investigation (CBI) was investigating the body for tax evasion.

Azad told the news agency ANI, “There is so much of muck in the DDCA, which rightly the CBI instituted an inquiry into.”

Adding, he said, “I am really very sorry that DDCA has gone this way. We kept on informing the officials who really mattered there. They have also been served a notice by the CBI . An FIR has been lodged against DDCA and its directors. And also now recently 24 crores of entertainment tax. There is a lot of huge malfeasance there and I am sure it’s going to come out.”

Earlier on Thursday, Indian cricketer Gautam Gambhir met Delhi Chief Minister Arvind Kejriwal, to discuss the alleged financial irregularities in the DDCA. The matter came under the Delhi government’s purview after the sports ministry forwarded it to the Kejriwal government.

The Parliament had sent the DDCA matter to the Ministry of Home Affairs, which had forwarded it to the sports ministry. The probe in the matter was started after former cricketer Bishen Singh Bedi and others filed a complaint.

The Delhi government has formed a two-member committee comprising of the Urban Development Secretary and the Sports Secretary, which has been asked to submit its report on financial irregularities in the DDCA within two days.