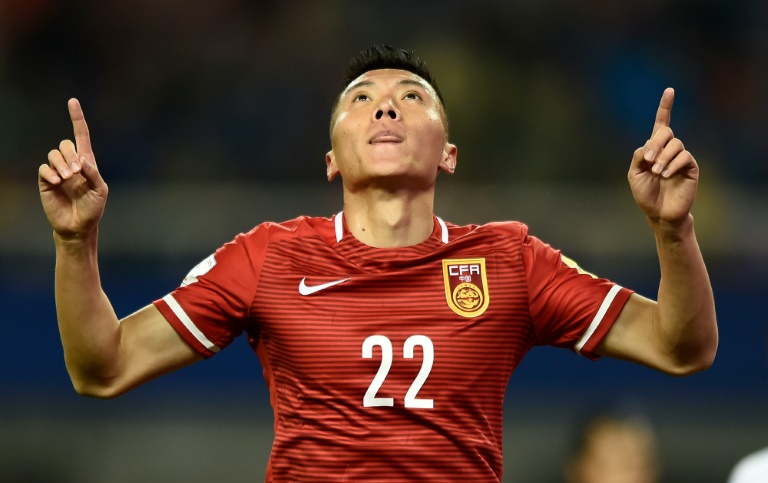 China hammered 12 unanswered goals past hapless Bhutan on Thursday as they ramped up their World Cup qualifying hopes with their biggest win in 15 years.

Australia, Japan and South Korea also enjoyed comfortable wins on a night of few surprises in Asia’s round two — apart from the giant scoreline in Changsha.

The pain did not finish until two minutes from time for Bhutan when Zhang Xizhe grabbed the 12th and last goal for Alain Perrin’s rampant home side.

The 12-0 win heaped further embarrassment on Bhutan, the remote Himalayan kingdom known for its Gross National Happiness index, after they also lost 15-0 to Qatar earlier in qualifying.

After five games in their first appearance in round two, the “Land of the Thunder Dragon” lie bottom of Group C on zero points and a goal difference of minus 42.

China’s biggest win since they beat Guam 19-0 in 2000 throws down the gauntlet ahead of next week’s crunch clash with rivals Hong Kong, who stayed second behind Qatar with a 1-0 victory over Maldives.

Asian champions Australia, shocked 2-0 by Jordan last time around, got back on track with a 3-0 win over Kyrgyzstan which featured a 42nd international goal for record scorer Tim Cahill.

AC Milan’s Keisuke Honda and Maya Yoshida of Southampton both scored as Japan beat Singapore 3-0 away to go top of Group E.

And South Korea enjoyed a 4-0 home win against Myanmar as they took a firm grip on Group G.

Eight group winners and the four best-placed runners-up will proceed to the next stage of qualifying for the 2018 World Cup in Russia. The games also double as a means of entry to the 2019 Asian Cup in UAE.