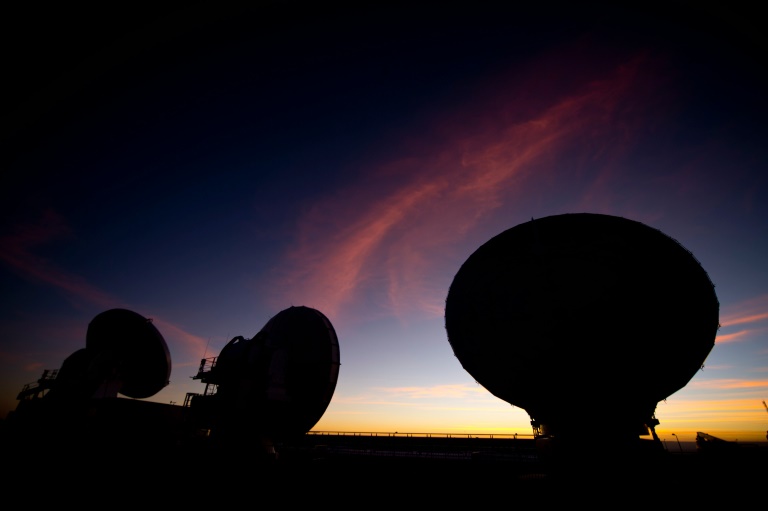 Chile broke ground Wednesday on a massive telescope that is set to be the world’s largest and will allow astronomers to look back to the earliest moments after the Big Bang.

The Giant Magellan Telescope, an international project designed to take astronomy into the next decade, will begin operations in 2021 and provide images 10 times clearer than the Hubble space telescope, organizers said.

“The Giant Magellan Telescope will revolutionize our view and understanding of the universe, and allow us to see and study objects whose light has been traveling for over 13 billion years to reach us,” said Taft Armandroff, the head of the consortium behind the project, at a groundbreaking ceremony attended by Chilean President Michelle Bachelet.

The $500 million telescope is being built in the Atacama Desert in northern Chile, whose exceptionally clear skies have already drawn some of the world’s most powerful telescopes and leading stargazers.

“Astronomy is a long-term science. We will continue down the path of surprises the universe sets out for us,” Bachelet said at the ceremony at the Las Campanas Observatory.

The telescope will help scientists answer fundamental questions about the cosmos by studying planets outside our solar system, watching galaxies and stars form, and collecting evidence on the existence of dark matter and dark energy, said the Giant Magellan Telescope Organization.

It will allow them to see galaxies whose light has been traveling toward Earth since shortly after the Big Bang — 13.8 billion years, said the 11-member consortium.

Finding Earth-like planets orbiting nearby stars is a major aim, it said.