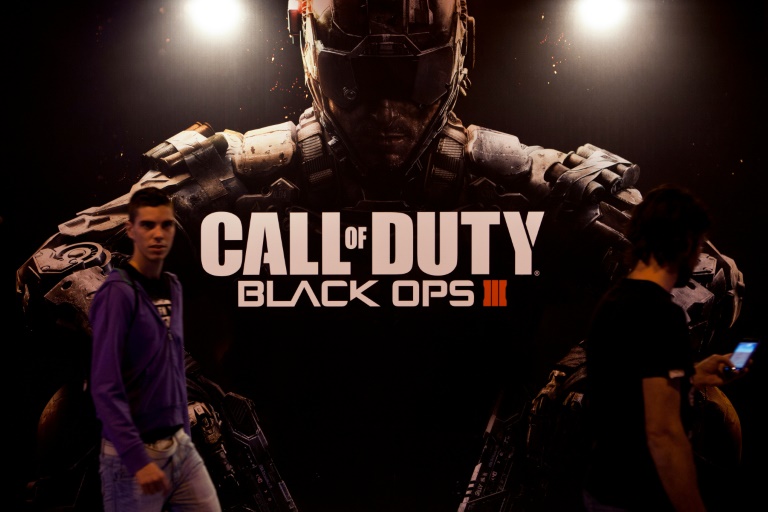 The latest “Call of Duty” video game boasted an opening weekend that blew away any other game, film, book or music debut this year, the company behind it said.

“Call of Duty: Black Ops III” racked up more than $550 million in sales in the three days after its release on November 6, according to California-based Activision Publishing, a subsidiary of Activision Blizzard.

“Call of Duty’s millions of passionate fans have shown us, yet again, the strength of their commitment to this enduring franchise,” said Activision Blizzard chief executive Bobby Kotick.

It was “the biggest entertainment launch this year in any medium, and bigger than any theatrical opening weekend ever,” he added.

Fans played the game online for more than 75 million hours, setting a new record for the blockbuster franchise.

Black Ops III is the 12th game in the series, testimony to its longevity and ability to reinvent itself, all the while earning it a loyal following of tens of millions of fans.

“Our fans are engaging more deeply with the franchise than ever before,” said Activision Publishing chief executive Eric Hirshberg.

“Call of Duty is more than a game, it’s a year round passion for a growing base of millions of fans and itâ€™s only gaining momentum.”

The latest mission in the first-person shooter franchise sends players into a “dark and twisted future.”

For Activision Blizzard, the latest revamp of its gaming megahit aimed to revive stagnating sales and came hot on the heels of an announcement that it is buying the maker of the addictive “Candy Crush Saga,” King Digital Entertainment, for $5.9 billion — tapping into a market of half a billion gamers worldwide.

This time the action is set in the year 2065. Climate change has spawned fierce competition over scarce resources. Highly effective anti-aircraft systems mean fighting is on the ground, and often in covert or “black” operations.

The game launched across an array of consoles and PCs.

“Call of Duty: Black Ops III is off to a great start,” said Bob Puzon, senior vice president of merchandising for US retail chain GameStop.

“The game’s story line, new features and intense zombie mode have helped make it our most successful title launch so far this year.”

“Black Ops III” was created by Treyarch studio and published by Activision.

And while the latest incarnation harks back to recent episodes, notably with shades of 2014’s Advanced Warfare, it is a far cry from its debut based on World War II action.

Advances in consoles mean that for the first time the “Campaign” — the main narrative of the game — can be played with friends. It also features women soldiers.

As usual the game offers over-the-Internet multiplayer battles as well, not to mention “Zombies” mode as gamers look to survive attacks from hordes of the living dead.

Activision uses three developer studios so a new “Call of Duty” title is available each year.