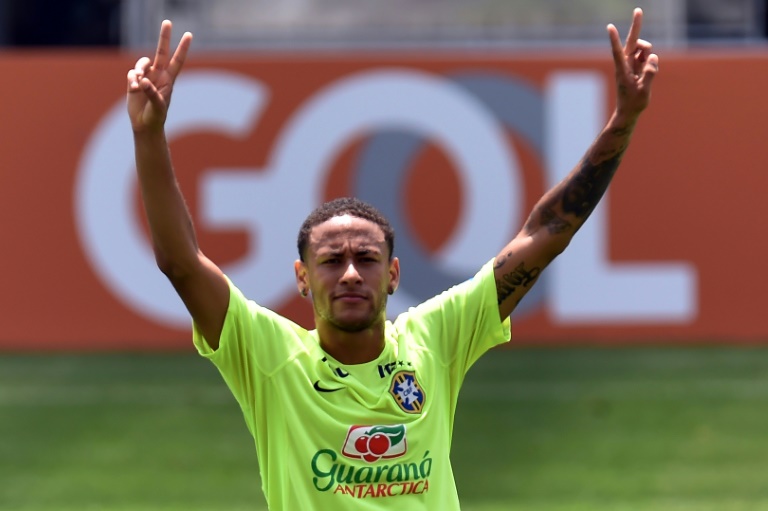 Argentina coach Gerardo Martino on Wednesday warned his players to beware the “superlative” form of Neymar as they prepare to take on Brazil in a heavyweight World Cup qualifying showdown.

Barcelona superstar Neymar returns for Brazil in Buenos Aires on Thursday after serving a four-match suspension stemming from his dismissal during the Copa America in Chile in June.

The 23-year-old striker joins up with the Selecao in prime form, fresh from scoring a sublime individual goal last weekend in Barcelona’s comfortable 3-0 victory over Villarreal at the Camp Nou.

Martino said he believed Neymar was now close to joining Lionel Messi and Cristiano Ronaldo in the elite bracket of the world’s best footballers.

“Neymar has reached a point of maturity. He’s in superlative form, nearly at the level of the two footballers who top them all,” Martino told reporters, referring to Messi and Ronaldo.

Argentina’s preparations have been disrupted by a slew of injuries which have deprived Martino of Messi, Sergio Aguero, Carlos Tevez and Pablo Zabaleta.

However Martino insisted Argentina still had enough talent to compete with the Brazilians, brushing off suggestions his team would start as underdogs.

“It’s always a relief for your opponents when you’re missing players. Does that make Brazil the favorite? I don’t think so,” Martino said. “It’s a classic, and both teams have important players. We’re equally matched.”

Martino hinted however that Argentina could adopt a cagey approach as they aim to secure their first win of the qualifying campaign after taking only one point from their opening two games.

“It will be a matter of knowing how to attack so that we have less defensive problems. But we’ll have to take precautions too,” Martino said.

The Argentina coach meanwhile dismissed questions about his future amid persistent speculation his job could be in jeopardy, telling reporters he was “not the right person” to talk about his position.

“It’s exhausting and a waste of time (to talk about it),” he said.