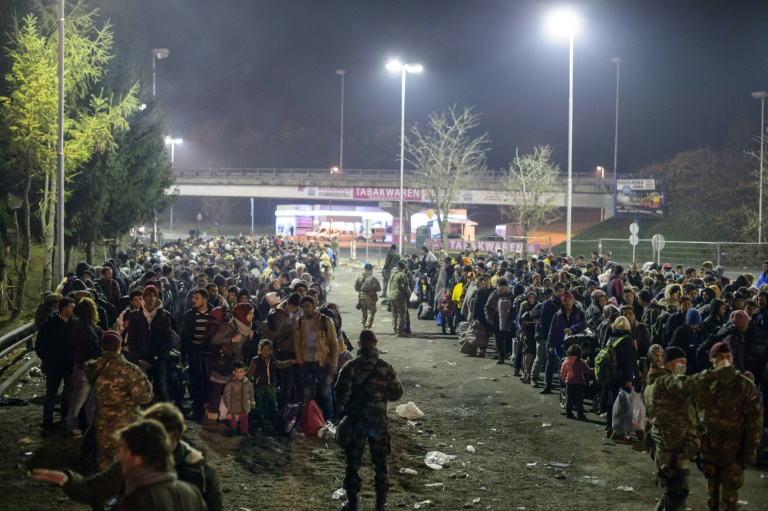 Slovenia said Tuesday it will build “obstacles” on its border with Croatia, in a move that German Chancellor Angela Merkel said highlighted the urgency for the EU to stem the migrant influx on the eve of a summit in Malta.

Slovenian Prime Minister Miro Cerar, whose small country last month suddenly found itself on the main Balkan route for thousands of migrants and refugees bound for northern Europe, said however that the frontier with Croatia would not be closed.

“We decided yesterday to start building over the following days on the Schengen (zone) border with Croatia some temporary technical obstacles,” Cerar told reporters.

“These obstacles, including fences if needed, will have the objective of directing migrants towards the border crossings. We are not closing our borders,” he said.

Slovenia, which unlike fellow EU member Croatia is part of Europe’s passport-free Schengen zone, has struggled with the passage of over 170,000 migrants since mid-October, when Hungary closed its border with Croatia.

They are just some of the approximately 800,000 arrivals to have reached European shores so far this year.

Cerar said that the measures were aimed at avoiding a “humanitarian disaster” caused by an expected sharp rise in migrant numbers this week following a recent dip.

In addition, he said Austria — the next country along on the migrant trail — was planning to restrict the daily number of new arrivals to 6,000, creating a backlog in Slovenia.

“With the winter coming and temperatures dropping, we could face a catastrophe if we do not act at the right time,” he said.

Austria, which has received a record 70,000 asylum claims so far this year, has not announced that it will limit the number of migrant entries.

But its squabbling coalition government, under pressure from the anti-immigration far-right, is expected to discuss on Wednesday similar measures to Slovenia, reports said.

Cerar also hit out at the rest of the European Union for failing to stop the flow of hundreds of thousands of migrants, many fleeing violence in Syria, Iraq and Afghanistan.

The “commitments from Brussels… are not being fulfilled. The flow of migrants hasn’t reduced or slowed down,” he said.

The Croatian government said Prime Minister Zoran Milanovic and Cerar had spoken on Tuesday and “agreed to continue cooperation… on the reception and flow of migrants and refugees”.

With the continent facing its biggest migration crisis since World War II, EU states have bickered for months on how to stem the flow and share out the new arrivals, driving a wedge between western and eastern members.

The crisis threatens to undermine the freedom of movement enshrined in the EU, seen as one of the bloc’s most cherished achievements, and has also boosted populist parties Europe-wide.

“The only way to deal with (the crisis) is to regain our national sovereignty and close our national borders,” Dutch anti-immigration firebrand Geert Wilders told AFP in an interview, warning of an “Islamic invasion”.

On Monday, EU interior ministers agreed to deliver quicker on their promises for tackling the crisis, including processing centres and relocating asylum seekers from overstretched Italy and Greece.

The ministers also said they would explore the possibility of setting up processing centres in the Balkans.

Merkel, speaking in Berlin, said Slovenia’s announcement underlined “the urgency with which we have to work towards a common European solution, and that means securing the external borders”.

“If the problem on the external border between Turkey and Greece could be solved, then Slovenia would not have had to take such measures,” she added.

Slovenia’s announcement came ahead of a special EU-Africa summit in Malta on Wednesday, focused on how to reduce the flow via Libya, another key migrant route after Turkey and the Balkans.

The gathering of more than 50 leaders from both the EU and Africa in Malta on Wednesday and Thursday will see an overwhelmed Europe call on Africa to take back economic migrants.

In return, Europe will offer up to 3.6 billion euros ($3.8 billion) in development funds to tackle the wars and poverty in Africa that are among the root causes of the migration flow.