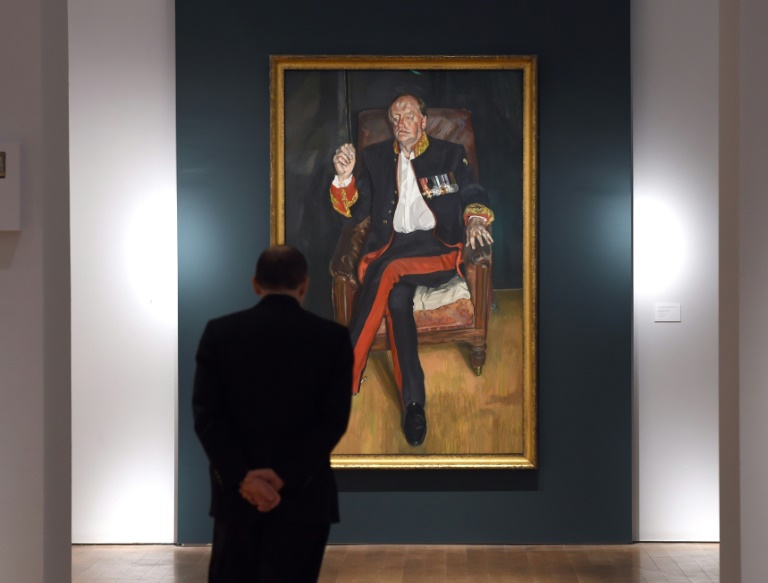 A Lucian Freud portrait of the ex-husband of Britain’s Duchess of Cornwall, Andrew Parker Bowles, sold for $34.89 million in New York, Christie’s said.

The giant oil painting smashed its pre-sale estimate of $30 million. The British artist created it between 2003-04, shortly before Camilla married the Prince of Wales, her longtime lover.

It set a new world auction record for Gonzalez-Torres. The total weight of the candies are 50 pounds (22.7 kilos) representing the weight of his partner just before he died of an AIDS-related illness.

It was created in 1991, the same year his partner died. Christie’s says the work “evokes the fragility of life and the artist’s remarkable talent for creating joy in a moment of sorrow.”

Tuesday’s sale came the day after Christie’s sold a sensuous nude by Italian artist Amedeo Modigliani for $170.4 million, making it the second most expensive work of art ever sold at auction.

It was purchased by taxi driver turned billionaire Liu Yiqian, one of China’s biggest art collectors, who founded two museums in Shanghai.