Home Sports Neymar back for Brazil against injury-hit Argentina 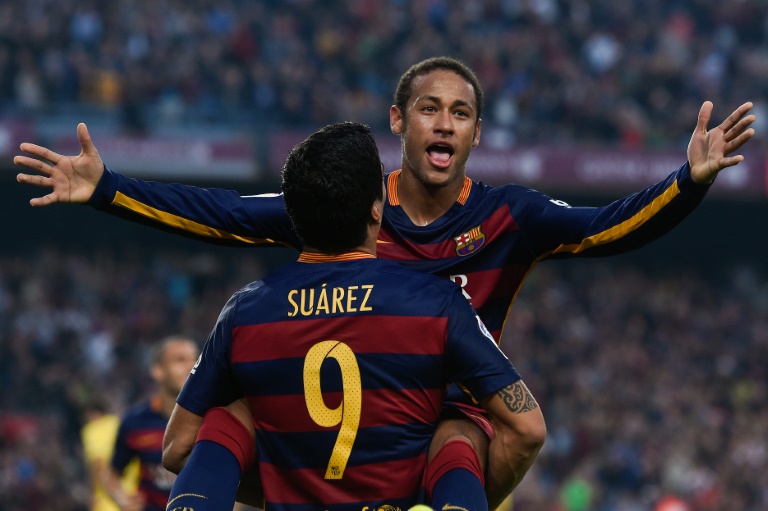 Brazil superstar Neymar returns from suspension to face an injury-hit Argentina on Thursday as South America’s qualifying campaign for the 2018 World Cup resumes with a showdown between the bitter continental rivals.

Neymar was forced to sit out Brazil’s opening two qualifiers last month — a 2-0 defeat to Chile followed by a 3-1 victory over Venezuela — following his four-match suspension at the Copa America in June.

But the talismanic striker is now back and available for Brazil as the five-time world champions head to Buenos Aires to face an Argentina side who took only one point from their first two games.

Argentina suffered a shock 2-0 defeat at home to Ecuador in their opening game and then labored to a goalless stalemate against Paraguay in Asuncion.

Those results have piled the pressure on beleaguered Argentina manager Gerardo ‘Tata’ Martino, whose position had already come under scrutiny after his star-studded side’s failure to win the Copa America.

Martino’s preparations for Thursday’s showdown at the Estadio Monumental have been thrown into turmoil by an injury crisis which has deprived him of an array of attacking talent.

Captain Lionel Messi had already been ruled out after suffering a long-term knee injury in September.

Manchester City striker Sergio Aguero is also unavailable while Carlos Tevez is rated as doubtful after suffering a knee problem. Boca Juniors striker Tevez skipped training on Monday and is struggling to be fit according to press reports in Argentina.

Brazil veteran Kaka, restored to the squad by coach Dunga earlier this year, has urged the Selecao to draw on the memory of their 3-1 win in Argentina during a 2009 World Cup qualifier as they prepare for Thursday’s clash.

“Argentina haven’t won a game yet so they have an extra motivation to beat Brazil,” Kaka said.

“We had a good win over Venezuela and we need to continue that. But it’s never easy against Argentina and it’s always a great game.

“We know how difficult it is to go there and get a result, but we can win. We went there in 2009 and won — I can remember the party we had at the end of that match,” the former AC Milan star said.

Elsewhere on Thursday, Ecuador and Uruguay will meet in a top-of-the-table meeting involving two sides with 100 percent records.

Uruguay, who are still missing Luis Suarez as he serves out the remainder of his 2014 World Cup biting ban, will be able to recall striker Edinson Cavani, suspended during the Copa America for his lurid altercation with Chile’s Gonzalo Jara.

The Uruguayans defeated Bolivia and Colombia in their opening games while Ecuador are brimming with confidence after stunning Argentina before a further win over Bolivia at home.

Uruguay coach Oscar Tabarez has urged “La Celeste” to reproduce the decisiveness shown in their opening victories as they head for an awkward assignment at altitude against Ecuador on Thursday.

“We need to be decisive, to be balanced, to work hard to limit the opponent and to try to create problems to get the points,” Tabarez said. “We’re psyched up and ready.”

Ecuador meanwhile are facing injury problems of their own, with English Premier League duo Enner Valencia and Antonio Valencia both missing along with attacking midfielders Michael Arroyo and Renato Ibarra.

In Thursday’s other marquee match, Copa America champions Chile take on a Colombia side who have Real Madrid superstar James Rodriguez fit and available for selection once more.

Peru and Paraguay will face each other on Friday in Lima.